Since the creation of Bitcoin in 2009 by mysterious figure, Satoshi Nakamoto, the electronic currency has made quite an impression on the digital world. While completely decentralized and controlled by internet users like you and me, bitcoin works very similarly to standard currencies in that these "coins" may be used to make anonymous every day purchases and even online trades. 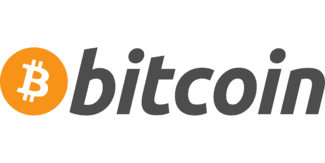 Bitcoin is a form of digital currency that was designed in 2009 by Satoshi Nakamoto. This electronic currency operates quick similarly to printed currencies such as dollars, euros, or yen, in that you can use bitcoin to purchase things electronically. However, unlike standard currencies which are printed and monitored by central banks, bitcoin is completely decentralized and is created, held, and traded by people and businesses. In fact, that's the entire idea behind bitcoin's conceptualization. Coins are completely independent of any central authority, able to be transferred electronically, and has very low transaction fees. Bitcoin is based on a system of mathematical proofs. The currency is created through solving of complex mathematical equations. There are three main ways to acquire bitcoins: buying them on an exchange, trading them, and mining for them.

Today, several marketplaces called bitcoin exchanges allow people to buy or sell bitcoins. These exchanges are located worldwide, and accept any type of standard currency. Some of the most popular online marketplaces include Bitquick, Coinbase, and Mt. Gox.

Bitcoins can also be acquired via trade. People can send bitcoins to each other using mobile apps or computers. This process is very similar to wiring cash electronically.

Bitcoin mining is the process of using computers to perform mathematical calculations for the bitcoin network in order to confirm transactions and enhance security. As a reward for their services, bitcoin miners collect transaction fees for the ones they confirmed, as well as the newly created bitcoins. Mining is a competitive market where incomes are divided by the number of calculations.

It should be noted that bitcoins are actually not an unlimited currency. Bitcoin protocol dictates that only about 21 million bitcoins may ever be produced by miners, though coins may be divided into smaller parts. Similar to a standard wire transfer, a bitcoin transaction has three parts to it: an input, an amount, and an output. The input contains the sender's information; the amount is how much currency is being exchanged; and the output contains the recipient's information.

Sending bitcoins requires two things: a bitcoin address and a private key. Similar to an IBAN address, a bitcoin address contains both letters and numbers. This randomly-generated series is your account information. The private key is also a series of randomly generated numbers that is used to unlock a bitcoin user's account to withdraw or deposit coins. Bitcoins are stored in a digital wallet. These digital wallets are acquired through an installed software that is generated under the form of a single algorithm and are stored on either a cloud service or on a user's personal computer.

Bitcoin wallets can be installed on Windows, Linux, Android, Blackberry, and Mac. They are not currently available on the iPhone.

Related
This document, titled « What is Bitcoin? », is available under the Creative Commons license. Any copy, reuse, or modification of the content should be sufficiently credited to CCM (ccm.net).
Previous

How To Build a Big Data Strategy

How To Delete Cookies
How To Build a Big Data Strategy