Bluetooth is a WPAN (Wireless Personal Area Network) technology, which is in other words, a wireless network technology with the capacity to link devices without a physical connection. Unlike infrared technology, Bluetooth-enabled devices do not need a direct line to communicate, allowing flexibility and connectivity of multiple devices. Daily examples of bluetooth use include wireless phone headsets, wireless headphones, speakers and even the connectivity between smartphone and cars in newer models. 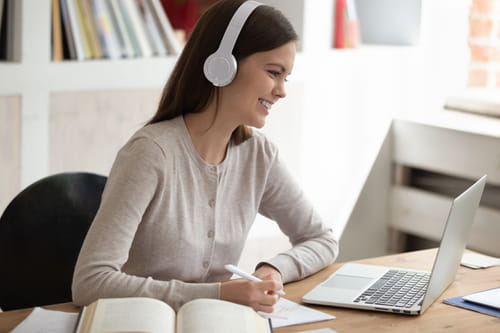 The objective of Bluetooth is to allow data transfer between equipment which contains a circuit radio within a 32 to 328-foot radius with low power consumption.

The Bluetooth standard is defined in three classes of emitters, which propose various rage capacities depending on the power of the signal:

Unlike IrDA technology, the main competing technology using light rays for data transmission, Bluetooth uses radio waves (2.4 GHz frequency band) to communicate so devices do not have to be physically linked. Two Bluetooth devices can communicate even if located on opposite sides of a room and without any intervention once they are within range of one another.

Below you will find the Bluetooth standards:

For more information, visit the official Bluetooth website.
Related
This document, titled « What is Bluetooth? », is available under the Creative Commons license. Any copy, reuse, or modification of the content should be sufficiently credited to CCM (ccm.net).