Latest update on August 30, 2018 at 10:56 AM by Israel Ayala.
At first glance it may seem complicated to take a screenshot on an Android mobile, but this can be done quite easily, as is explained in the article below. No software or additional hardware is needed to achieve this. 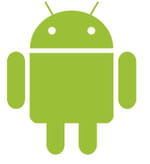 Screenshots are captures of what you see on the screen. They allow users to capture the entire screen — or even to select a defined portion of it — and to save it as an image file. They are very practical and can be used for various purposes.

To take a screenshot on an Android device, press the home and start buttons at the same time. The screenshot will, then, be saved in your gallery.

On some Android phones, such as the Nexus 7 and 9, press the power and volume buttons simultaneously to take a screenshot.