Knowing how to take a screenshot on a Mac is incredibly useful, whether it be for sharing an image of your screen with someone, or making quick copies of content they may be removed. If you are familiar with taking a print-screen on a PC, then the lack of a dedicated button on a Mac may be confusing. This article will show you how to do a screenshot on a Mac. 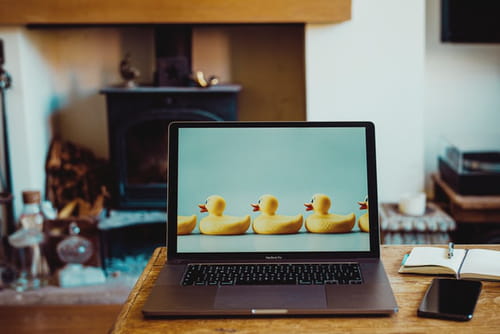 How to take a screenshot on a Mac

By default, your screenshot will be saved in PNG format and can be located on the desktop of your computer. You can always modify these settings using an external software, like Onyx for Mac. After you have launched Onyx, you can choose the file type in the Settings section and the save location in the Path section.

Capture a Portion of the Screen

To capture a selected portion of your screen, first press [cmd ⌘] + [Shift] + [4]. When you release the keys, your cursor should change into a + symbol. You can, now, use this tool to select what you would like to capture by clicking and dragging to form a box around the desired screen section:

To take a screenshot of a specific window, simultaneously press the [cmd ⌘] + [Shift] + [4] keys, then press the [space bar]. Next, place the cursor, which is now in the form of a camera, in the window that you would like to capture, and click:

It is possible to take screenshots using the most recent version of the Preview app, which is installed on every Mac computer. In Preview, go to File > Take Screenshot. Then, select whether you wish to take a screenshot of the full screen, a portion of the screen, or of a specific menu.

How to crop a screenshot on Mac

Once you have taken your screenshot on your Mac, you may want to crop it. You can do this using the Preview tool. After taking a screenshot it should automatically appear on your Desktop, from here you can double click on the screenshot and open it in Preview. 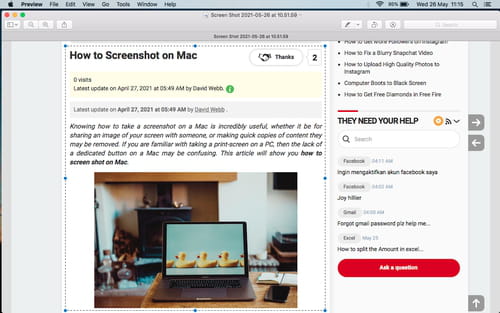 In Preview you can now use the selection tool to select which parts of the image that you wish to crop. Once selected you can either go into the Tool menu at the top of the page and select Crop in the drop down menu, or you can use the crop shortcut of [cmd ⌘] + [K].

Once you have done this, the cropped image will appear. 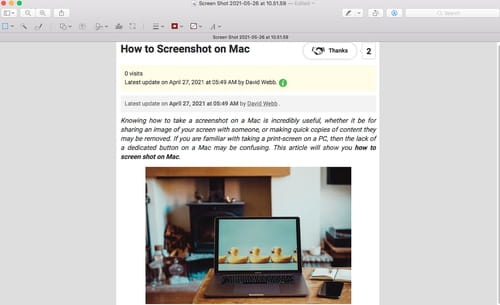 Official Apple Guide: How to take screenshot in Mac OS

Click here to see the official Apple article for how to take a screenshot on Mac.

We hope this guide has been useful and that you are now know how to take a screenshot on Mac.
Photo: Unsplash+Apple

Related
This document, titled « How to Screenshot on Mac », is available under the Creative Commons license. Any copy, reuse, or modification of the content should be sufficiently credited to CCM (ccm.net).
Previous

How To Take a Screenshot

How To Change Your Desktop Background

How To Take a Screenshot
How To Change Your Desktop Background