If you are passionate about Cosmos and spaceships, you probably already know that you can easily spot the International Space Station from your backyard, nearby street or even your window without any special equipment. Read this article to discover how to do it. 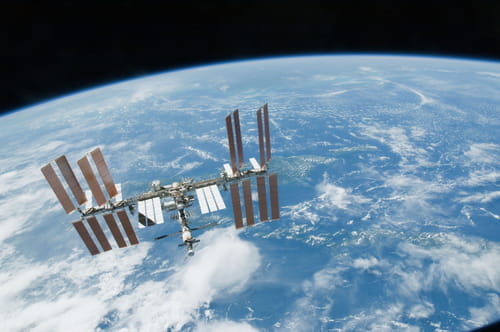 ISS is International Space Station, a science laboratory in space that orbits approximately 220 miles (350 km) above the Earth. The spacecraft is a collaborative project between 6 participating space agencies: Roscosmos (Russia), NASA (United States), JAXA (Japan), ESA (Europe), and CSA (Canada). It was first launched in 1998 with only one module Zarya and in 2000 the first human crew went to the Station. Today it already has 16 modules and 6 people living and working on the station on a permanent basis.

How to See the ISS

The ISS’s speed is approximately 17,227 miles (27,724 km) per hour and it orbits Earth 16 times every day, making a full circle in 90 minutes, so seeing the station is quite doable when several factors coincide. 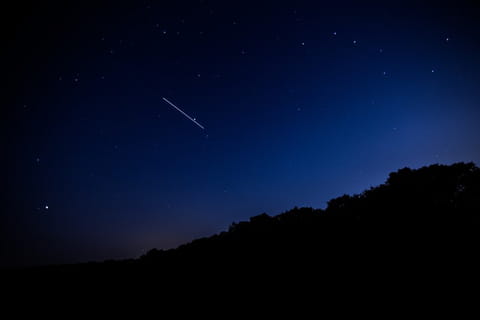 The ISS is illuminated by the Sun, and during its passage, it reflects sunlight in the same way as the Moon. To see the ISS from Earth, you must be in the right position in relation to the Sun and the station. Here are several recommendations you can use to spot the ISS from your courtyard.

You can subscribe to the NASA Spot The Station mailing list to receive notifications 12 hours before the upcoming passage of ISS by your location. In the Sign Up for Alerts section select a country, city and enter your e-mail or telephone number to be notified. You can also choose whether you want to get notifications in the morning or in the evening or both.

The ISS always flies from West to East. It is similar to a very bright and fast shooting star. At the right time, go outside and look carefully into the sky above the horizon to the west. The Station will be visible for about 2-5 minutes.

Another useful service is Heavens Above where you can see a diagram of the Earth that shows the location of the ISS in real-time. You can also download the Heavens Above app for Android to consult the ISS position whenever you want. 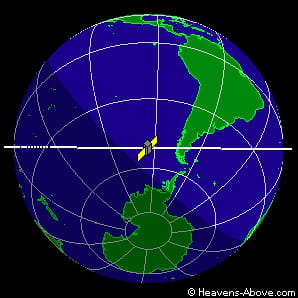 You can also subscribe and check when the ISS will pass by your location in the next 10 days by clicking on this link and filling in your geolocation data.

Another solution is to download an ISS Spotting App, such as the ISS Spotter for iOS devices or the ISS Detector. You can schedule a reminder on both apps to be notified when the International Space Station can be seen nearby.

Related
This document, titled « How to Spot the International Space Station From Home », is available under the Creative Commons license. Any copy, reuse, or modification of the content should be sufficiently credited to CCM (ccm.net).
Previous

CCM - Who are the contributors ? How to contribute ?

Verified Expert Account
CCM - Who are the contributors ? How to contribute ?