When choosing storage for a computer, one of the most frequently asked questions is which of the following is better: HDD or SSD? The truth is that there are several differences between both and the choice of one of the other ultimately depends on what your intended use is and what your storage needs are. In this article we will explain the characteristics of each one, which one is faster, and how to choose yours. 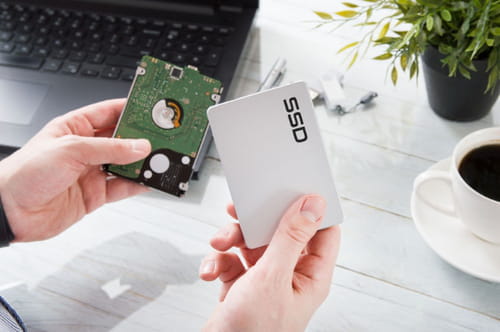 What is a HDD

A HDD (Hard Disk Drive) is the hardware element that permanently stores your data on the computer. Unlike RAM, the data stored on the hard drive does not disappear when you turn off your PC.

HDDs contain a rotating platter with a magnetic coating. To write 0’s and 1’s, a head moves over the platter and to magnetize (storing a 1) and demagnetize (storing a 0). The quality and speed of recording depend on how thin the discs are and how fast they spin (the higher the spin speed, the faster the reading and writing speed). Of course, as the head has to move to the required position, this requires considerable time. 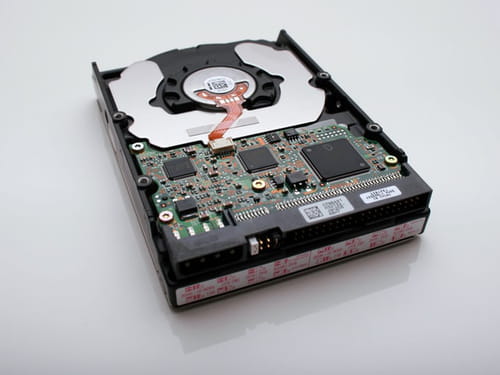 What is a SSD

Unlike HDDs, SDDs (Solid-State Drive) store data on microchips with flash memory connected to each other, in a similar way to USB memory sticks. They work with a integrated processor to perform operations related to reading and writing data. 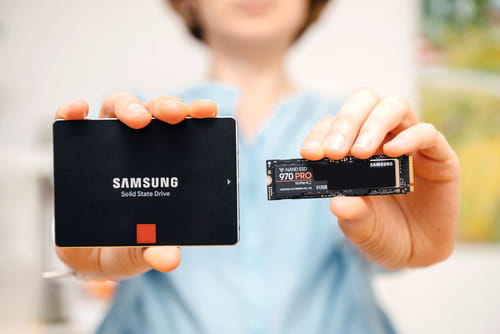 Differences Between HDD and SSD

These two types of disks present a number of differences, among which is the speed of reading and writing, but there are also other aspects to take into account.

As you can see, there are notable differences between each type of disk, especially in terms of storage, price and speed.

If you want a quick response to which one is faster, then the answer is a SSD. SSDs take less than half the time to start the operating system and can double or triple the speed with which they read and record data. 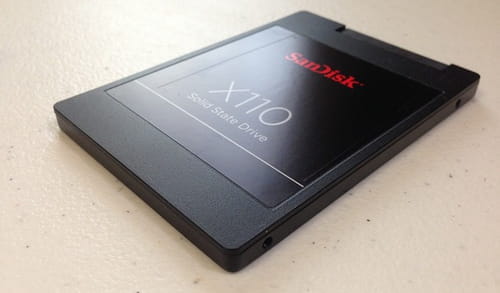 Which One Should You Choose

Whether you select a SSD or a HDD ultimately depends on what your intended use is for your PC. If you usually store a large amount of content on your PC, such as movies, series, etc., or if you have a tight budget, the most appropriate thing is that you keep a HDD.

Comparatively, if you have a larger budget and are more interested in speed , for example if you play a lot of video games or use your PC for activities that require reaction speed like video editing , graphic design, etc., then a SDD is the obvious choice.

An alternative solution would be to purchase a smaller 256GB SDD for your PC, that you install all of your necessary systems (so it runs fast), and then add an external HDD for additional storage.
Photo: © 123RF.com

Related
This document, titled « SSD or HDD: Which is Better? », is available under the Creative Commons license. Any copy, reuse, or modification of the content should be sufficiently credited to CCM (ccm.net).
Previous