Black Friday is just around the corner and we are all waiting to see what kind of deals we can get, especially the gamer world. It is known that at this time of year the video game platforms significantly reduce the prices of their products and nobody wants to be left out without a new game. And since we do not want you to be without the video games of the moment at a crazy price, in this article we are going to review the best games that have been released in 2020 which are worth a look. We also highlight those to keep an eye on for when the Steam platform displays them with significant discounts. What they call the "Steam Autumn Sale" will take place from November 25 to December 1, the sales period brought two days prior to the official date of Black Friday, November 27. 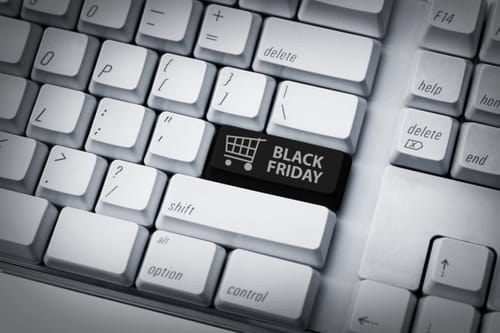 The Games You Can’t Miss

On October 20th, Doom Eternal: The Ancient Gods - Part One, from the well-known Doom video game series, was released. This is the first expansion of Doom Eternal -also recently released- which caused big furore among lovers of Survival Horror and Shooting. In case you still don't know its history: in the different scenes you will have to face demonic beings and be involved in numerous combats, each time more complex. We should highlight as well the magnificent soundtrack. Will you manage to defeat the hordes of hell? 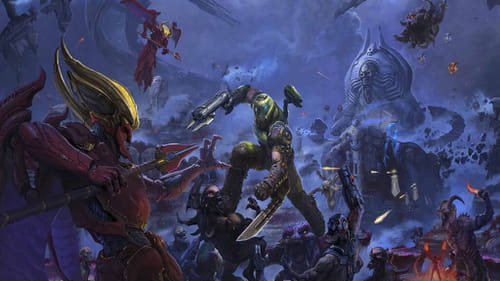 You can find this expansion next to the Deluxe Edition or the Year One Pass on Steam.

Another video game of 2020 that we cannot leave out is Metamorphosis. Inspired by "Kafka's cultural imagination", this is a masterpiece that stands out for its originality. The main character has been transformed into an insect, has new skills and will face different enigmas and mysteries that they will have to solve before it is too late. Of course, they will have to achieve this while adapting to an absolutely surrealistic world. In the cabinet of curiosities: some scenarios in the video game have been hand painted. 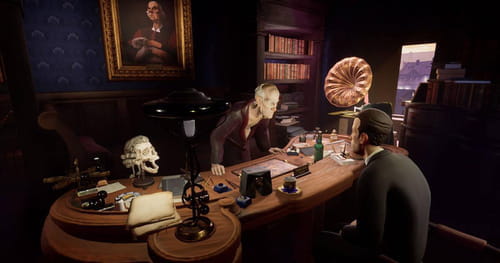 You can find it on Steam.

Belonging to the emblematic Amnesia series, this game of terror takes place in the Algerian desert, a scenario where you will have to face your past in order to survive the pain and fear that this hostile environment causes. There are supernatural forces that haunt you throughout your journey, and although the desert may seem harmless at first glance, this video game certainly isn't. If you want to survive in this intimidating environment your main objective is to stay sane! 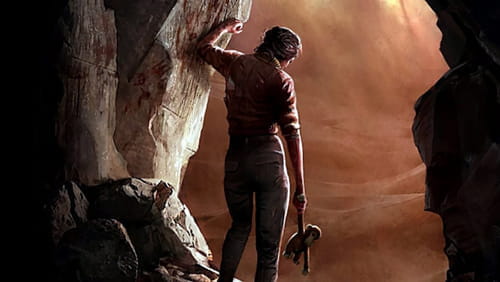 The latest installment of the Half-Life saga was released a few months ago and is a video game that has been developed for virtual reality. Therefore, if you have VR hardware you can use Steam RV. In this first-person shooter, the alien enemy is the Combine and the survival of humanity depends on us. On the way we will meet different evil beings that we will have to beat to achieve our goal. It is worth mentioning that the last update has incorporated an amazing detail: hours of comments from the developers while you enjoy their product. 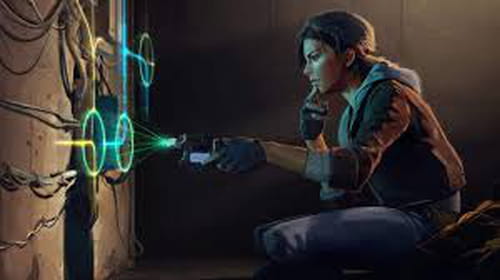 If you like horror, another game that has been rather popular this year has been Phasmophobia. You can become a real ghost hunter together with your friends since this is a multiplayer game. You will have to learn to identify the different types of ghosts and be careful not to make them too angry, it could end up badly. In your search you will use different gadgets that will help you go deeper into this ghostly world. Do you dare? 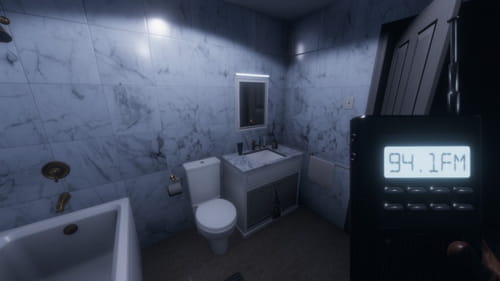 You can find Phasmophobia here.

This is a futuristic action-adventure game in which the Earth has been invaded by machines, humans are no longer the dominant species, and they now live in tribes hunting and gathering in order to survive. The video game takes place in a wild environment where the protagonist tries to end the threat that these lethal machines pose to the future. In this role-playing game you must work on a strategy to help the protagonist and achieve your goal. The Complete Edition also includes new lands, machines and skills. 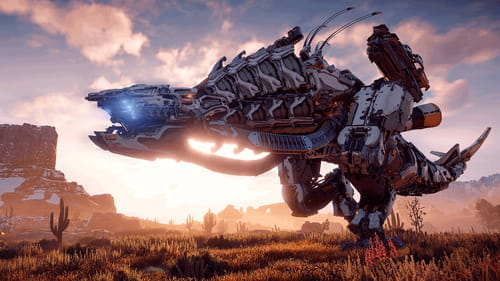 You can get it at Steam.

If you like arcade soccer games, and you also like manga, this is a must. The return of the mythical characters Oliver and Benji will allow you to perform the techniques and stunts with the ball that take place in the chapters of the series while enjoying the Story Modes. The funny thing about this game is that the rules of soccer itself don't apply, for example:fouls are non-existent. Therefore, a soccer match can become a real battle. This game also allows the online multiplayer option. You will not need to skip the confinement to have a good time with your friends. 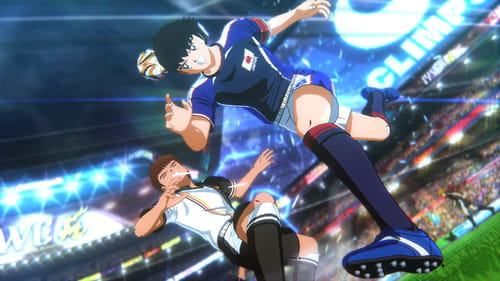 You can get it at Steam.

We couldn't leave out strategy games. This year Crusader Kings III was released, a title based on medieval history. The main objective of the player will be to manage the control of the territories properly, to make the lineage last and to avoid that the vassals betray him. The characters have strong personalities that you will have to know how to manage without putting them against the ropes, because this will affect their health. Without a doubt, this is an opportunity to rewrite The Middle Ages by facing different family, political, religious and social issues. 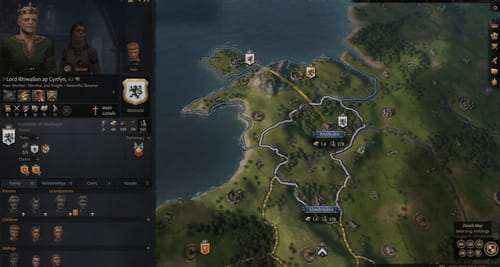 Of course, we can’t forgetMarvel superheroes. A few months before the release of Marvel's Avengers, we could not stop recommending this game to fans of comics, the movie and the saga. In this epic adventure you will meet powerful characters like the Hulk, Iron Man, Black Widow, Thor and Captain America. Each one has different superpowers and attacks that you will be able to put to the test to fight the feared villains of this world. This game has a cooperative online mode. 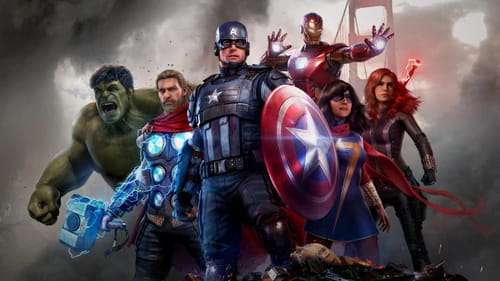 Ori and the Will of the Wisps

With a fantastic story that will take your breath away, we recommend Ori and the Will of the Wisps, prequel to Ori and the Blind Forest. Considered by many to be the best platform game of the last decade, this release features an improved combat system. The essence of this video game is in the beauty of the story, the emotion and the nostalgia that it causes, largely thanks to magnificent audiovisual effects. 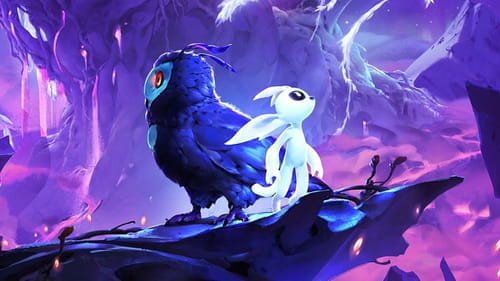 The well-known saga released its last game in 2020; Resident Evil 3. This title offers the player to enter in a great trip in which the protagonist will have to fight against zombies and different creatures fruit of the propagation of the infection of the Virus-T. As if it was the current reality, you will have to make decisions. These will modify the plot and help the protagonist to fight a biological weapon that wants to end it and all humanity. Like many other games, it also includes a multiplayer online mode. 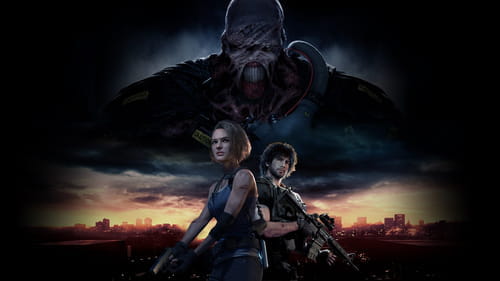 Always take into account the recommended minimum age of the video game before you buy it. There are games that could possibly be too graphic or scary for children and young people. The objective of the gaming world is always to have a good time and to have fun.

If you want to know when the Steam platform is selling its products, you can find all the sales periods on its official website, along with other interesting events.

Related
This document, titled « Black Friday and the Best Games of the Year on Steam », is available under the Creative Commons license. Any copy, reuse, or modification of the content should be sufficiently credited to CCM (ccm.net).
Previous

How to Connect PS4 Controller to PS5

Among Us Tips & Tricks
How to Connect PS4 Controller to PS5