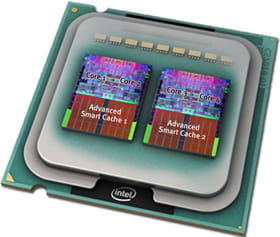 
This question comes up very often:

For a given application, is it better to use a Dual Core at 3 GHz or a Quad Core having a lower frequency, as they are often offered at the same price?

Until last year, the typical answer was:
For applications running in parallel (multi threaded) as video encoding, file compression, Quad Cores proved to be the outstanding and it is always true.
For gaming, however, the response was different: the games do not use all 4 cores of a quad, with rare exceptions such as Supreme Commander or GTA 4, it was better to take a Dual Core at 3 GHz or more. 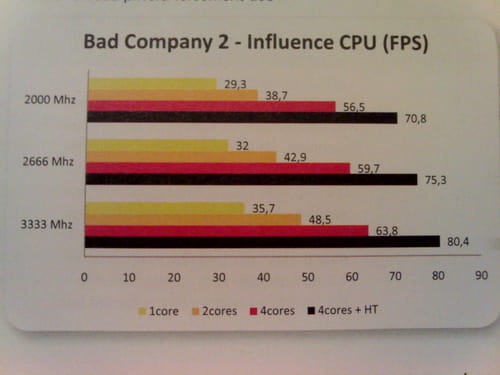 This document, titled « A Quad Core at 2.66Ghz or a Dual Core at 3.33GHz? », is available under the Creative Commons license. Any copy, reuse, or modification of the content should be sufficiently credited to CCM (ccm.net).
Previous

Myth: The number of cores will multiply the processor frequency

Maximum temperatures of the listed processors

Myth: The number of cores will multiply the processor frequency
Maximum temperatures of the listed processors