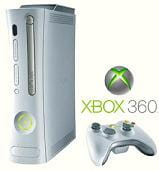 Each day, users ask about their Xbox "Why there are 3 red leds" or "What to do when there are 4 leds flashing?

LEDs blinking in- diagonal (1 and 2 & 3 & 4): The low battery reaches a
-The four LEDs blink simultaneously: loss of signal with the console closer to your, or sync the controller with the console, if you have not yet.
LED-that is my player code flash: Most often one, it signals an event you (invitation to play, chat request, etc ...)

boc * Unplug the power from your wall outlet.

The sections 1 and 3 flashing red

NOTE: Overheating may be due to a blockage of the console, also called "Freeze". blockages that occur at specific the games are generally just relate to problems caused by the game itself, not overheating.

1. Cool the console.
Note: There is little you have to wait several hours for the console to cool enough. Do the turn it on until it is hot.
2. Check that the console is enough and that vetilateurs Ventilated back working properly.

SUGGESTIONS FOR PREVENTION
To avoid encountering this problem, follow these recommendations:

DO NOT TURN TO ITS XBOX 360 Fridge OR OUTSIDE COLD WEATHER.
Some people think that little help solve an overheating problem, but in reality this little strongly aggravate the problem. Electronic devices like your console are designed to operate at room temperature, extreme cold temperatures may cause as many problems as the very high temperatures. Thus, if the console works in a place extremely cold, the temperature difference between the hot console and cold air will cause condensation and make things worse. In short: A DO NOT DO

The most radical solution address the overheating is to improve the cooling system itself. The best solution is to replace the thermal components. If you intend to do, you do so at your own risk. If the console is still under warranty, it is advisable to contact MicroSoft to fix the problem before attempting to adjust yourself.

Related
This document, titled « Xbox 360 - 3 or 4 leds flashing? », is available under the Creative Commons license. Any copy, reuse, or modification of the content should be sufficiently credited to CCM (ccm.net).
Previous

Connecting an Xbox 360 via the Wi-Fi of a laptop

Connecting an Xbox 360 via the Wi-Fi of a laptop
CALL OF DUTY: MODERN WARFARE 2 Xbox 360