Do you want to record a video of your iPhone screen to give instructions or share something you like? The process is very simple and can be done without downloading third-party apps. Since iOS 11 version (available for iPhone 5s and later models), the iPhone has a native function to record videos of what happens on your screen and capture the sound of some apps, as well as external audio if you want. Here's how to record your iPhone screen. 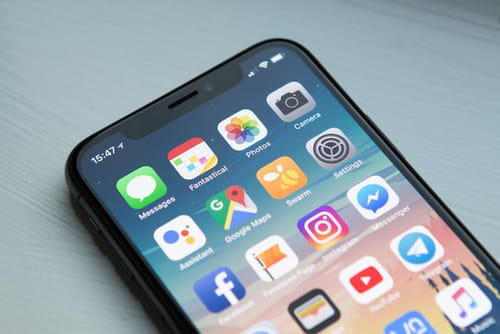 How to Record Your iPhone Screen

Note: these steps can also be followed to record the screen of an iPad (iPad Air and upwards) or iPod touch (6th generation and upwards).

1. Enter Settings and select Control Center. (If you are an iOS 13 or earlier user, click Customize Controls.)

2. Scroll down to the More Controls section and tap the + button next to Screen Recording. Immediately, the option will appear in the Included Controls section and will be added to the Control Center. You can change its position by clicking on the horizontal lines on the right side. 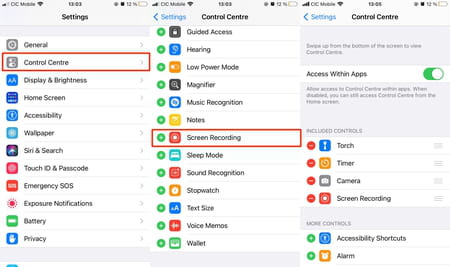 3. Open the Control Center by sliding your finger from the top of the screen down if you have an iPhone with Face ID. On models with a home button, slide your finger across the screen from bottom to top.

4. Press the Record button to start recording after a three-second countdown. By default, the audio coming out of the iPhone will be recorded. If you want to record external sound, press and hold the record button and tap the microphone icon to activate it.

Note: some applications do not allow you to record audio..

5. To stop recording, open the Control Center and click on the record button again or tap the red button at the top of the screen and select Stop. 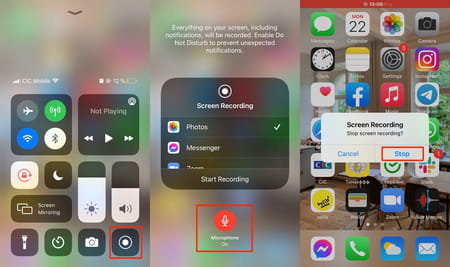 6. Done! Your video will be automatically saved in your Photos app. Now you can record the game or video you like so much or show someone what you want on your screen.

If you have a call in progress on Skype, Zoom, Messenger or Meet, you can use the record button to share your iPhone screen. You just need to press and hold the Screen Recording button in Control Center, choose the app you want to stream with and tap Start Broadcast. 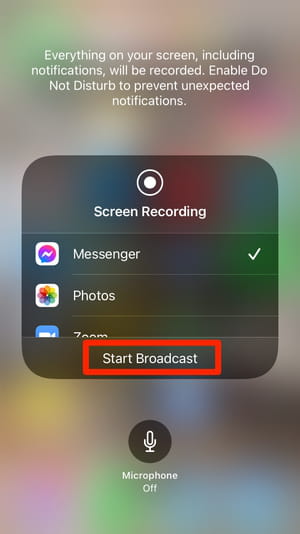 How to remove the sound from your recording

If you prefer your video to have no sound, follow these steps:

1. Open the video in the Photos application.

3. Tap the sound icon in the upper left corner, and then tap Done to save your changes. 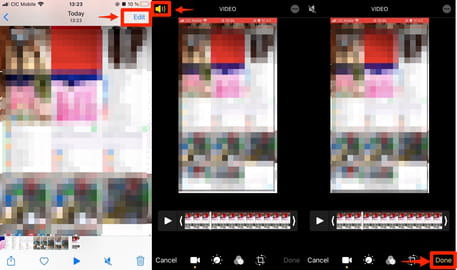 Photo: © Unsplash
Related
This document, titled « How to Record Your iPhone Screen », is available under the Creative Commons license. Any copy, reuse, or modification of the content should be sufficiently credited to CCM (ccm.net).
Previous

Everything About the Latest iOS Update

How To Reboot Your iPhone

Everything About the Latest iOS Update
How To Reboot Your iPhone