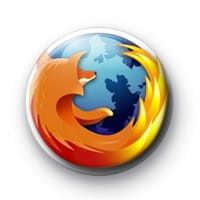 
While surfing with Firefox 1.5.0.6 I got a video that I wanted to watch. It was downloaded and opened in Windows Media Player (ver. 10). Then I stopped playing the video and closed the application with the X in the upper right. My computer crashed and restarted (restart parameters which are personal rather than seeing the blue screen).
Since then, when I save an image of net surfing with Firefox, you can not save it ... The dialogue box asking where I want to save it opens, and the record button does not launch any process. No display panel as before downloading, which, if I open it, does any action: it remains empty. "
Thanks to those who have an idea how to fix it.


I had the same problem, all you will have to do:


Thanks to d-aprilli for this tip.
Related
This document, titled « Mozilla Firefox - Unable to "Save as" », is available under the Creative Commons license. Any copy, reuse, or modification of the content should be sufficiently credited to CCM (ccm.net).
Previous

Save some the screen space on Firefox

Save some the screen space on Firefox
Firefox - Disable download checker