There is sometimes a need to split a large file into smaller ones for ease of operation and optimum memory utilisation. When you split, you can read it using a normal text editor. This article will you show you how. 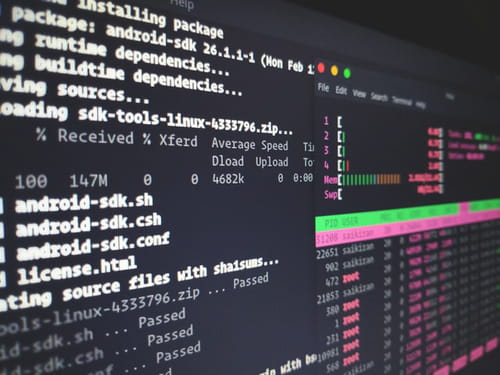 How to Spilt a File in Linux

Type in the shell $ split -bytes=1m /path/to/large/file/path/to/output/file/prefix.Now the big file is split into smaller ones.Control the output file size by modifying the -bytes=1m to your wish. Use b, k, or m.b which represents bytes, k represent kilobytes, m represent megabytes. Now for restoring large original file,use the cat command and later just use the join command to get the file back type $ cat prefix* as NEW FILENAME.

Linux is full of utility tools allowing you to manipulate files. There is a very handy tool to split a file into several parts (for example to carry data on low capacity media).

The join command may also be convenient for this purpose.
Photo: Unsplash
Related
This document, titled « Split a File Into Several Parts in Linux », is available under the Creative Commons license. Any copy, reuse, or modification of the content should be sufficiently credited to CCM (ccm.net).
Previous

Hiding a file or directory under Linux