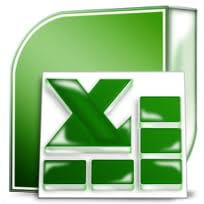 I have two spreadsheets that I am trying to use a lookup on. It's a little more than a VLookup. PTCI and TECI are the names for the workbooks. In the example below, I have an example of what I am trying to do. The actual lookup part has been concatenated and then highlighted in blue. The orange is the tricky part. There are 7 columns (BLANK through Key Field 6) on the TECI that need to be translated into a number (Key) column on the PTCI. It seems to be both a Vertical Lookup and a Horizontal Lookup. I need all the help I can get ASAP. Thank you in advance!!!!

Related
This document, titled « Complicated Lookup in Excel », is available under the Creative Commons license. Any copy, reuse, or modification of the content should be sufficiently credited to CCM (ccm.net).
Previous

getting the week number automatically

Excel - How to create a ComboBox

getting the week number automatically
Excel - How to create a ComboBox