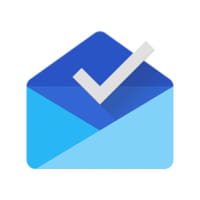 Google has once again begun to influence changes in the way users receive, read, and use email.

"Built on everything we learned from Gmail, Inbox is a fresh start that goes beyond email to help you get back to what matters" explained Google at the launch of its email platform Inbox. Since its release, Google has continued to add features unique to Inbox, enabling users to handle their emails differently. Besides bundling your emails by category automatically, such as purchases or travel plans, there are a slew of customizable features to organize messages further. One unique option which has received a lot of praise is the "Snooze" function, enabling users to time a message's arrival in their inbox at a specific time, including one that Google has detected in the message. Other features include setting reminders, creating highlights or bundles yourself, and a handful of other helpful customization features.

Google has updated another one of its communication platforms recently, generating a standalone site for Hangouts, which initially rose from Gmail's early messenger. This was seen by many as a response to Facebook's similar move with its Messenger, and such rival competition is generating new features for users constantly. Google Inbox went public this past May after an experimental invite-only period, however users can and still do use its predecessor Gmail. Currently, users who switch to Inbox from Gmail will find a total sync between the two, and Google assures that "Gmail and Inbox stay in sync so what you do in one app carries over to the other."