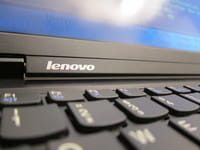 After owning tech firm CCE for three years, Lenovo has sold the Brazilian company back to its original owners.

In a move to refocus its resources and strategies, Lenovo has returned Brazilian electronics company after having purchased it three years prior. "As part of Lenovo's efforts to improve the operational efficiency and profitability of its PC business globally and in Brazil," explained Lenovo in a statement, "the company has agreed to sell the CCE brand and factory to its previous owners." Lenovo bought CCE in 2012 for approximately $77 million with the intention of having a local manufacturer present a cross-product system to the Brazilian market which would harmonize a smartphone, tablet, PC, and television. However, the company has now decided to place more focus on its existing smartphone and PC products and marketing.

The returning of CCE may have been partly heralded by Lenovo's purchase of Motorola for $2.9 billion in 2014, which demonstrated a clear commitment to the company's resource distribution towards its smartphone division. But in addition to focusing its resources on its PC and smartphone tech, Lenovo has also been hinting at a line of wearables that goes beyond just the smartwatch. As far as the future of CCE, the previous, and once again, current owners will continue operations. It is unknown for how much the company was sold back to its owners. Meanwhile, Lenovo will maintain a manufacturing presence in the region as it continues to foster its Brazilian market.

Google's Transition from Gmail to Inbox