The new Dockcase Adapter, available on Kickstarter, solves the problem of the new Apple MacBook Pro lacking a USB port.


The Dockcase Adapter is a new product which turns a MacBook Pro charger into a USB 3.0 dock. The device, which is about to be launched on Kickstarter, addresses one of the main complaints made about the new Apple MacBook Pro: while it offers USB-C connectivity, it lacks standard USB 3.0 and HDMI ports.

That means MacBook Pro users have to purchase expensive additional adapters in order to plug in a device such as a USB flash drive, or to connect their computer to an external screen via HDMI. If these adapters are lost, then these devices can no longer be used.

Dockcase Adapter addresses this problem by adding USB 3.0 and HDMI ports to the MacBook Pro charger. 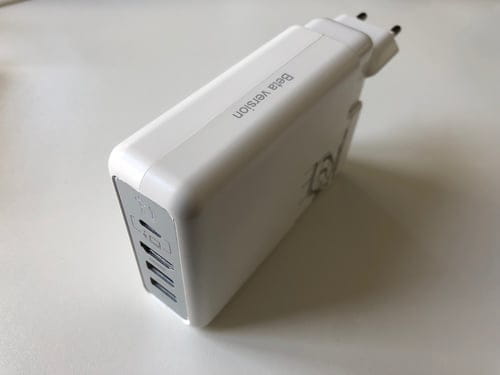 The product is not yet available for sale, but the Kickstarter campaign will start on Monday Oct. 22, 2018 at 17:00 GMT. However, we have been able to preview the product, thanks to Dockcase. Many projects on Kickstarter are not yet developed, but this seems to be a solid product.

There are four different Dockcase Adapter models in total: two for the 13-inch MacBook Pro and two for the 15-inch version. Each has a different port configuration: 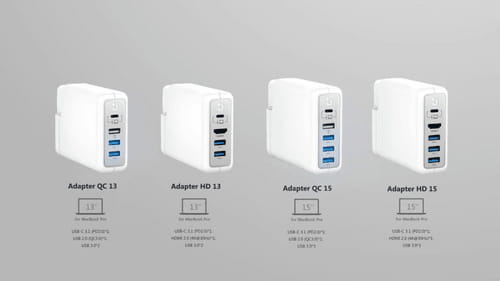 The concept is simple: insert a MacBook Pro charger into a Dockcase adapter to provide access to up to three USB 3.0 ports and, on the HD 13 and HD 15 models, an HDMI port supporting 4k resolution as well. 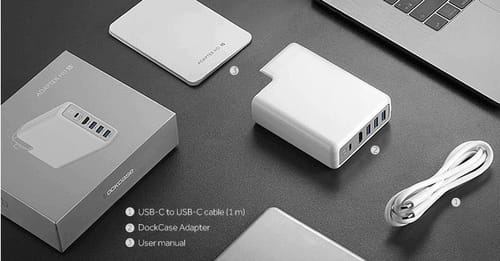 The Dockcase Adapter can be used in two different ways: when connected to a MacBook Pro's USB-C port it works as a USB 3.0 and HDMI hub, and when plugged in to a wall socket it can be used to charge any devices connected to it via USB 3.0 or USB 2.0, as well as charging the MacBook Pro itself.

The Dockcase Adapter will be available via a Kickstarter campaign at an entry price of approximately $29 (limited to 100 earlybird customers). By way of comparison, an Apple adapter providing a single USB port and HDMI connectivity costs $69. 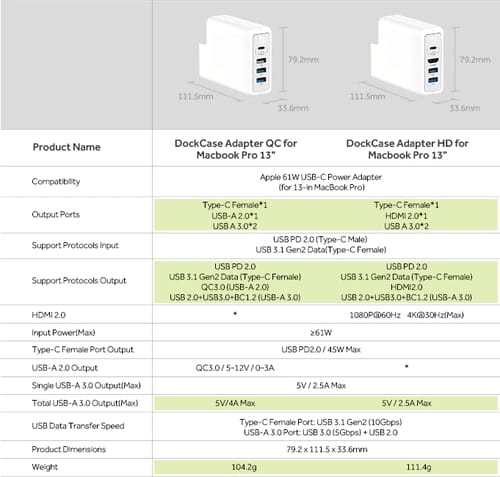 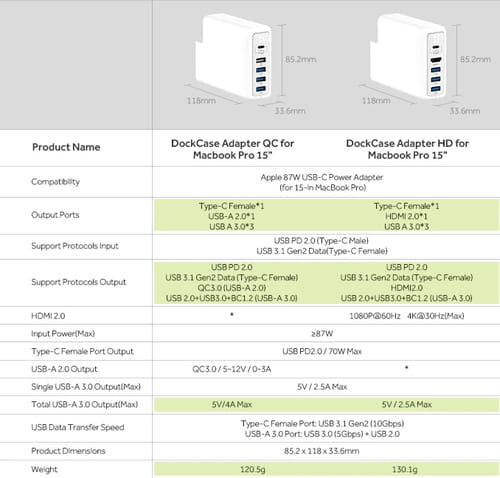 None of the Dockcase products has an Ethernet port, but the company could offer a model equipped with one in the future if the Kickstarter campaign is a success - although this is yet to be confirmed.