draw.io is simple and free - it can be handled with no effort by anyone.

What is draw io? draw.io (often seen Draw io) is a flowchart maker and a diagramme service that incorporates collaboration features through Google. It was developed by JGraph Ltd and there is also a Draw io online version. In this article, we discuss some of the key features of the Draw io app, as well as some additional information. 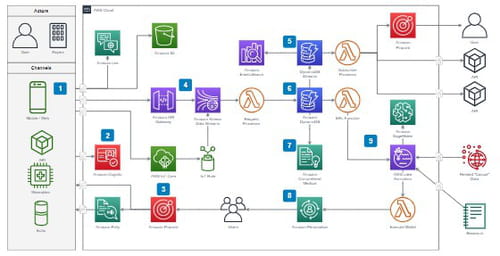 Here are some of the main features of the Draw io desktop version:

Choosing between the two software depends on needs and preferences. Draw.io is free, open-source, and has a desktop app, whereas Lucidchart has a bigger library and tools, doesn’t have an app, and is paid (only 3 editable documents for personal use are free).

It seems that the app has no history of security issues or abusive data collecting. As always, we recommend reading the official Data privacy before installing. Draw io is open source, meaning that everyone can consult the source code.

You can use this software for free.

In order to run draw.io on your computer, you need Windows 10.
Images: draw.io