If you are looking for an immersive augmented reality adventure with a fantastic science fiction plot, look no further. Ingress Prime is awesome!

Ingress Prime is an augmented reality experience created by Niantic, the developer we all know from games as Pokémon GO and Pikmin Bloom. Choose the side you want to fight for, interact with real-world objects and work together with other Ingress Prime Agents around the globe. This is our Ingress Prime download page. 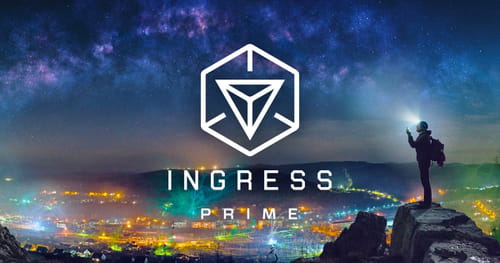 Ingress Prime is written as a science fiction story that works with a continuous open narrative as you advance through the game. It takes place at an unspecified time in the future. A team of scientists at the European Organization for Nuclear Research (CERN) accidentally discovers a transdimensional force called Exotic Matter (XM). The new transdimensional intelligence is associated with the Shapers, a mysterious alien race.

There are two different teams, also called factions, in the Ingress universe. Each of them has its own specific interest in XM. The resistance faction considers XM as a potential threat to humanity, whereas the Enlightened believe that XM can be used as an energy to improve humanity.

This game was originally released in 2014 by the name of Ingress. While the game's visuals looked pretty impressive at that time, they slowly started to feel a bit outdated due to the incredibly rapid changes in smartphone technologies. For that reason Niantic revamped the title in 2018 as Ingress Prime, upgrading the graphics engine and breathing new life into the already very strong augmented reality capabilities.

Ingress Prime is a massively multiplayer game powered by augmented-reality technology. As a player you can interact with other Ingress Prime users in your neighbourhood.

Android users (Google Play) have rated Ingress Prime 3.6 out of 5 stars averagely, whereas the game's average App Store rating is 3.5 out of a total of 5 stars. Ingress Prime is not listed on Metacritic.

Neither PEGI nor ESRB has published an official age rating for Ingress Prime. However, Niantic does state that players (Agents) must be over 13 years of age in order to play the game.

This AR adventure is also playable on iPhone.