We have iOS and Android devices facing off in the match. 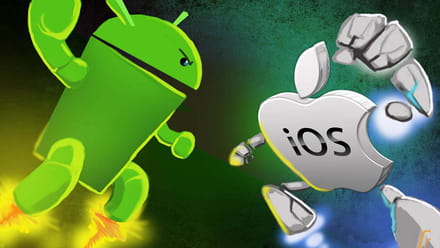 Important Note: Before you post, please read this. It resolves some confusion that I was seeing.

If you were to have both an iOS device and an Android device, you would add 1 to the number if you liked iOS better, or subtract 1 if you liked Android better.

I will start the game off.

Answer 2 / 2
Android os is much more good than IOS.Android is built by java.
humm. maybe. each OS has a different advantage:D
Android os is excellent rather than using IOS
Android is open-source, more customizable and supported by lots of free apps
i think windows 10 will killing Android and iOS. haha. Lol

On the same themes