Track your favorite movies and shows and never miss a new episode.

Television Time is a tracking app for movies and tv shows. It was developed by Maximilian Litteral and it is designed for Apple devices. The app aims to offer users an effortless way to track movies and series but also to discover new ones. In this article, we discuss some of the app’s key features, as well as some additional information. 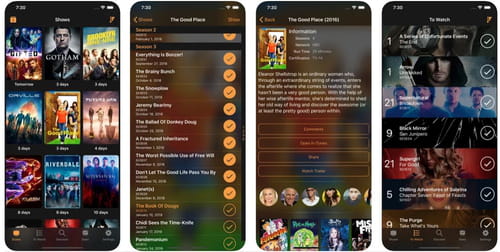 Here are some of the Television Time app’s main features:

How Does Television Time Work?

The Television Time app is user-friendly. Once you purchase and install it, you can browse movies and series and mark them as seen.

It seems that the app has no history of security issues or abusive data collecting. As always, we recommend reading the official Privacy policy in order to take note of the way Television Time uses your data. In general, the app seems as safe as any other tracking app. The developer states that they don’t collect any data from this app.

This app is not free and you can purchase it for $2.99. It also offers some in-app purchases.

In order to run the Television Time app on your device, you need iOS/iPadOS 13.0 and later or macOS 11.0 and later. The app is compatible with iPhone, iPod Touch, iPad, and Mac.
Images: Apple store