Speed Video Converter
Download
Download Freeware (5.87 MB)
Windows 2000 - English
Speed Video Converter is a tool that has been designed by Flyers Software. Released in 2008, this tool provides the ability to convert your files quickly. Being used by various users, this application has been awarded from various popular places.

Advantages
The application supports the following video formats: AVI, WMV, ASF,VOB, FLV, MOV, 3GP, MP4 and more
This tool includes batch conversion which gives you the ease to convert several files at once
It includes a quick conversion 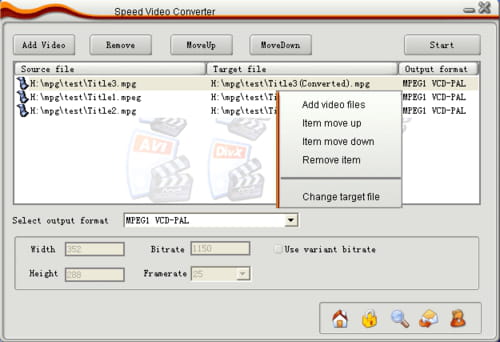