Once a useful tool for copying and recovering data, XXClone is no longer being updated (since 2017), and has been discontinued. You can still download the freeware version.

Disclaimer: XXClone is discontinued. You can still access the freeware, however it is no longer possible to purchase the software. It has not been updated since 2017 and will not be updated.

XXClone is a software for cloning computer's disks and partitions. It then allows to easily recovering these elements in case of system failures or after a disk formatting. This tool offers the ability to copy all data contained in a hard disk to an external drive. It allows copying everything whether they are files Windows key directories, installed applications or documents. 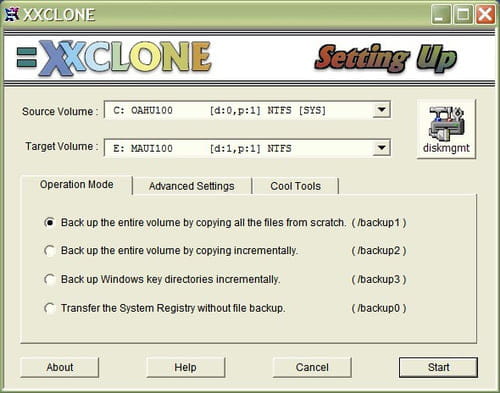 In case of system failure resulting from a virus attack or a disk formatting, it is possible to re-install the computer using the backup drive as the main boot. Then, the user can be sure to recover his data easily and does not require reinstalling his programs again. It is possible to parameter XXClone so that it can perform a periodic backup of the whole computer's system and its content. By this way, when recovering data, the user makes sure that he retrieves all data in the same state.