Verify the integrity of copies of Xbox 360 games using this tool.

Abgx360 is a software programmed to verify the integrity of copies of Xbox 360 games before burning them. It does this by performing an audit of the game data, which entails scanning the image file and detecting any errors. The software, then, corrects and may add protection if needed, so that you don't need to worry about security when playing them. 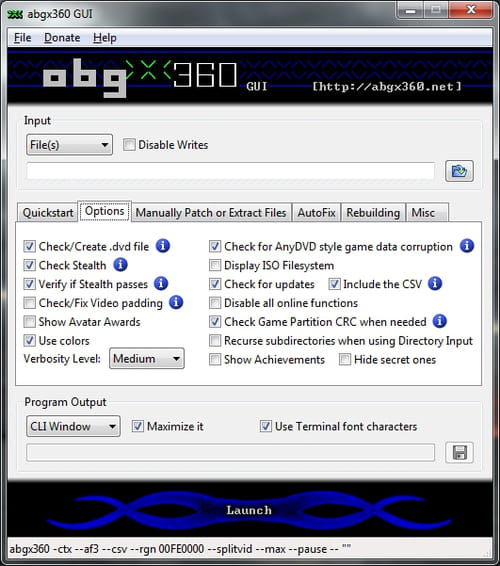 Alternative spelling: abgx360_v1.0.6_setup.zip
This is just the tool you need to PIRATE your XBOX games. Now you never have to pay for another XBOX game, this tool bypasses security on CRACKED GAMES! Great post. I was looking for a pirate tool, and I have found it here! thanks again for sharing this wonderful CRACK TOOL!
Verify the integrity of copies of Xbox 360 games using this tool.
Why, have abgx360 error in <a href="http://planetlaguza.ehwap.com">planeagu</a>
thanks
otimo!
View all 12 comments