What is great about this app is the interface that is designed to look like other apps for Apple devices, thus making it easier to browse Reddit.

Apollo is an app for the famous platform Reddit. Its goal is to offer to the platform users an app with an organized and intuitive interface, thus compensating for the website’s organization that may seem confusing at first. Apollo is available only for Apple users. In this article, we discuss some of the Apollo app’s main features, as well as some additional information. 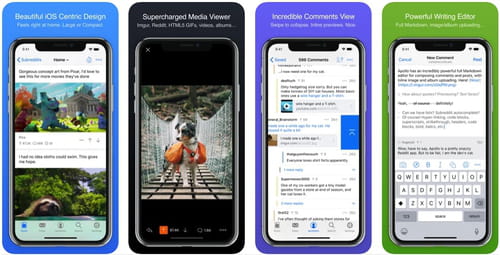 How Does Apollo Work?

As mentioned above, the Apollo Reddit app is easy to use. Once you download and install the app, you have to connect with your Reddit account. At the bottom of the screen, you will see five tabs: Posts, Inbox, Account, Search, and Settings. Through the Posts button you will then be able to scroll through popular posts, your home page, or all Reddit posts. You can also save post to favorites

According to the official Apollo website, the app doesn’t sell or rent your personal data, it collects in order to further develop the app. It seems that Apollo is as safe as other similar apps but, as always, we recommend reading the app’s privacy policy.

You can download and use this app for free. However, it offers some optional in-app purchases with prices between $0.99 and $29.99.

In order to run the Apollo app on your Apple device, you need iOS/iPadOS 12.0 or later . The Apollo iPhone app is also compatible with iPad and iPod Touch. The app is not available on Android, however there are other similar apps for this OS.
Images: Apple store