Note: The Software hasn’t been updated by its creator, however it is still available for download for the appointed operating systems.

Engelmann Media GmbH Android Converter is a special tool that meets your requirements in terms of music, video and photos conversion for Android devices. It is also compatible with mobile phones and smart phones as well as any other device based on Google’s Android operating system. 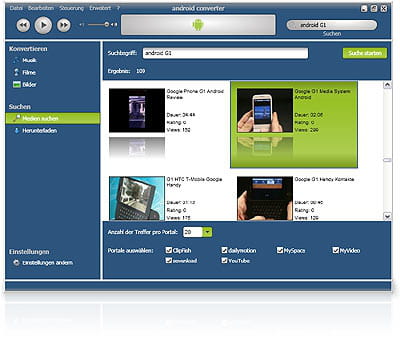