A powerful media player that supports almost every audio and video file.

Overall, EM Total Video Player is able to load all major media kinds of formats: MP4, AVI, WMV, MOV, 3GP, SWF, FLV, GIF, DVD, TS, WAV, CD disc, mp3, mp2, wma, ogg, amr, awb, ac3, au, aac audio, mmf audio, flac audio. Otherwise, one of EM Total Video Player's advantages is its convenience and its ease of use. With an intuitive and straightforward interface, this program allows easy navigation through it. All control buttons are clearly shown as well as current file tags. Even though its interface is quite simple, users are still allowed to customize it depending on their will. They can, for example, change fonts, change its color and drag and drop the EM Total Video Player's windows to any position on the screen. 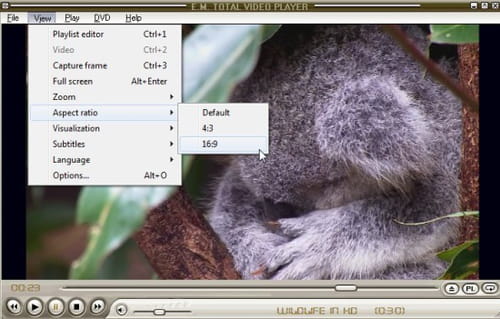