Genshin Impact is an anime style adventure RPG. The characters are set in Teyvat, an open world with aesthetically beautiful graphics, created with a top animation style. What makes it different is that you can have good gameplay without spending - the content delivered is quality and offers everything for a good gaming experience. Genshin Impact can be played on Android and iOS consoles and mobile devices. The game starts with a narrative problem - what do the twin brother travelers have to do in order to move between worlds if a mysterious goddess won't let them. That's how the story begins, with the travelers presenting a utopian world of Teyvat, full of secrets - separated during sleep and waking up to a world is no longer the same. The traveler's mission, now without magic powers and trapped in that world, is to find his brother. With time, he must find out who is the divinity entity that caused all this. The game evolves, in this way, between explorations and barriers to overcome in the regions of Teyat - Liyue which is a region where an ancient civilization is settled, full of enigmas and ruins all in a city of freedom set on an island with dense and exuberant vegetation. Genshin Impact is an anime based on two premises - exploring to understand the world of Teyat and fighting mysterious creatures and beings to find their brother again. 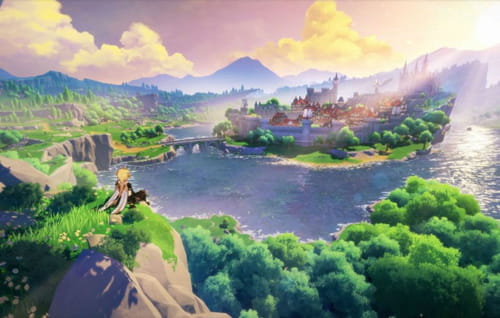 Warrior characters: they will be fundamental to help the Traveler in his mission. Many of them can be part of the group of warriors like the wizard Lisa, the archer Amber and the knight Kaeya. All of them have skills, talents and the mastery of an element of nature - Anemo (wind), Pyro (fire), Hydro (water), Cryo (ice), Electro (electricity) and Geo (stone). Characters can rank as under-bosses and bosses with great rewards to be won with epic moments. Keep in mind that each character is customizable and can adapt to the player's profile.

Enemy characters: warriors will be confronted with a variety of creatures and beings based, many times, on the elements of nature.

NPC characters: the characters that are part of the scenario itself can help the warriors in secondary missions to complete daily challenges aimed at increasing the score.

Combat system: it allows to form a team of four characters. The warriors interact with each other and can momentarily and instantly occupy functions as explorers and combatants. The goal is to explore the weaknesses of the enemy and create powerful combos.

Attacks: the game has different types of attacks - basic, carrier, aerial, all associated with powers, such as the Supreme Ability.

Scenarios: they are built with attractive and engaging graphics to keep the gamer focused on wandering aimlessly, with no notion of where to go and where to walk, solving puzzles and missions, literally stumbling on treasures and invading enemy camps. 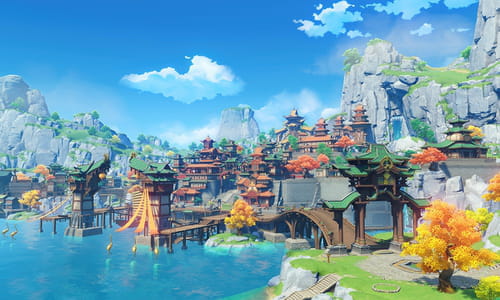 Game system: the first thing to take into account is that, in the system of this game, the story is not linear and that the game is based on the unlocking of Domains (temples) only reached by Adventure Rank. There is a coin called Essential Gem, used to build other coins; Family Destiny and Interlaced Destiny, which serve in the Gacha (purchases of elements to unlock situations in the game) to have new characters and stronger weapons in the Ora tab. It also has another resource to move the exploration, the Original Resin, which can be consumed to redeem rewards (the character has originally 120, regenerated in a few hours). The stronger the enemy, the higher Rank is required to advance. Thus, the system predicted the Grind, capable of increasing the level, attributes and equipment of the characters. They provoke a change of course in the game. 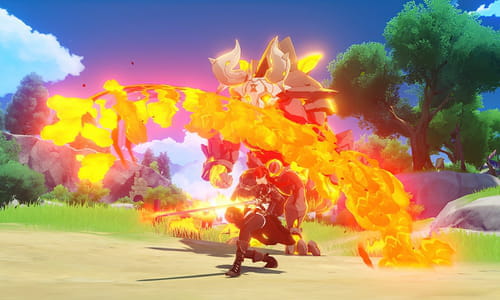 Photo Mode and Music Background: you can register images, but the function for photos is very basic. The soundtrack is perfect, combining each moment with excellent arrangements. 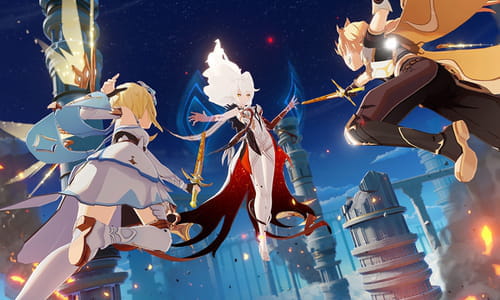