With over 10 million installations on Android, Arena of Valor offers a great MOBA experience diretcly on your smartphone.

Arena of Valor (formerly known as Strike of Kings) is a 5v5 multiplayer online battle arena (MOBA) for mobile. It was developed by TiMi Studios and published by Tencent Games. In this game, you can play with different powerful heroes, such as Batman. The game was published for Android (2016), iOS, and Nintendo Switch (2018). 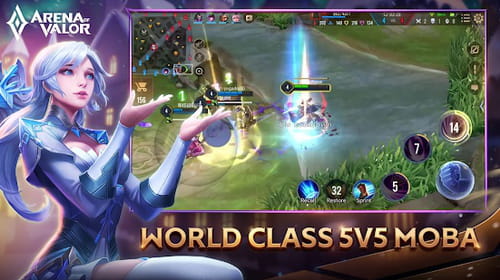 The main features of Arena of Valor include:

You can download and play this game for free. There is also a version for iPhone and iPad. However, keep in mind that the game offers some in-app purchases.

In order to enjoy this game on your smartphone, it must run on Android 4.0.2 and up or iOS 9.0 or later.
Image: Google Play