Every day cybersecurity systems are evolving their protection of millions of people and businesses against increasing risks. However at the same time, hackers continue to improve their ability to find and exploit vulnerabilities. In our ever increasingly connected world, staying safe online is more important than ever. 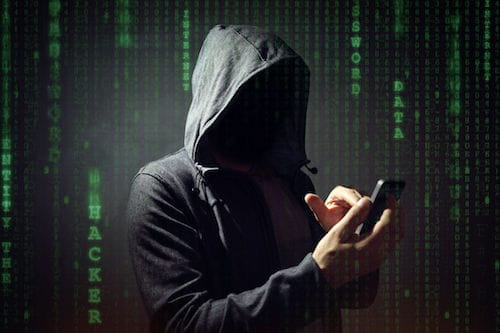 The world of hackers has its own identity, largely due to some of its most prominent members. Here we'll introduce the most famous hackers in the world.

Respected as the first female hacker, Grace Murray Hopper helped inspire the commercialization computer technology to the public. This was a game changer, as between the 60s and 70s this type of technology only had military purposes. The world of hackers, which is mostly male, owes a lot to this pioneer and mathematician.

Grace Murray Hopper assisted in programming the Harvard Mark I, one of the first computers. Her best known achievement is inventing the programming language COBOL, which made using computers much more easy and accessible, a first step towards the widespread adoption.

N.B.: Once, Hopper encountered a problem after a moth entered one of her computers. In her notebook, she described the problem explaining that it was a bug. This is the origin of the term bug, used to refer to computer errors.

As a young man he stole manuals from the Pacific Bell computer, and at 19 he managed to hack the United States Defense Command. This was later the inspiration for the movie 'War Games'. Years later he managed to hack the network of the multinational Digital Equipment Corporation and became famous worldwide while being arrested by the police. While released on parole he returned to hacking, this time again targeting Pacific Bell, one of the country's leading telephone companies. He's spent several years in hiding to avoid returning to prison.

Mitnick is known for not using sensitive information from people for his own benefit, and he's always said he hacked systems for a personal challenge. Over time Mitnick became what they call an ethical hacker, someone who uses their knowledge to help by finding vulnerabilities in software and systems. Several sources note that he has remained active and has even made a business with his software hacking skills.

He started with a group of friends in high school and has now become one of the most known hackers in the world. At only 22, he was arrested after hacking thousands of credit cards stealing more than $180 million dollars. Albert González, known as 'soupnazi', was considered one of the best hackers in the world, all before he turned 24.

However, after being arrested for the first time, González avoided going to prison because he reached an agreement with the US secret services. In exchange, this hacker began working to uncover other cybercriminals and improve the security of public computer systems. However, in 2015 he was convicted after having stolen $256 million dollars from the US chain TJ Maxx and other companies.

In 2003, a group by the name Anonymous caught the attention of global media and became a widely known phenomenon. It is a secret collective, and without apparent real coordination, that fights for social justice. Anonymous is know for cyber attacks against the web pages or systems of institutions or people who he considers are committing crimes or causing evil to society.

Known as Comrade, Jonathan James became famous for being the first hacker to break the security of the computers of the US Department of Defense. Notably, he achieved this when he was only 15 years old.

When he was convicted in 2000, the court prohibited him, among other things, from using any computer for recreational purposes. James ended up committing suicide in 2008, pointing in a note to the judicial system as the reason for his actions. "I lost control of this situation and this is the only way to recover it," he said in his last message.

Edward Joseph Snowden is an American computer scientist who worked for the National Security Agency and rose to worldwide fame in 2013. He's known for leaking thousands of secret government documents which confirmed the existence of a network of massive cyber espionage controlled by the White House.

After a life on the road fleeing extradition, typical of the best spy films, Snowden obtained asylum in Russia where he currently resides. The story of this hacker, which many members of the pirate community do not recognize, has inspired books and movies, including one named Snowden.

This hacker is known as a masters of bot technology. Unlike other hackers, Jason James Ancheta's interest was not in stealing bank accounts and credit cards over the internet, but in infecting networks and devices to take control. Through a complex network of botnets, in 2005 he managed to control more than 400,000 computers.

Over time, Ancheta saw a business opportunity and decided to put his knowledge at the service of the advertising industry, using bots to flood internet ads. Years later, Ancheta became the first hacker sentenced to prison for his illicit use of bot technology.

Related
This document, titled « Most Famous Hackers in History », is available under the Creative Commons license. Any copy, reuse, or modification of the content should be sufficiently credited to CCM (ccm.net).
Previous

Scanning a Debian-based network with Nessus