Disney+ is the latest on-demand streaming service that allows you to watch movies and series on your phone, tablet or computer. It was released in America in 2019 and released in the UK in 2020. Disney+ aims to compete directly with other streaming services such as Netflix, Hulu and Amazon Prime Video. This article will tell you all you need to know about Disney+, and allow you to determine whether or not it is worth adding to your collection.

What Is There to Watch?

Upon release there are over 500 films and 7500 episodes of TV series. Whilst this is considerably less content than Netflix, who has an average library size of around 5800 titles, depending on your viewing region, if you are a fan of Disney, Marvel, Star Wars, Pixar, The Simpsons and National Geographic you will find more than enough content to keep you entertained. 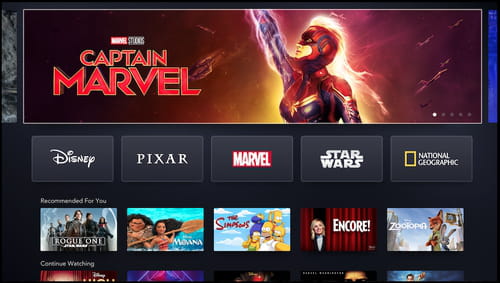 This list is just a small sample of the content that is available. Disney+ is also creating Disney Originals such as, the already cult sensation, The Mandalorian and the up and coming WandaVision and The Falcon and The Winter Soldier series.

How Much Does Disney+ Cost?

This is less expensive when compared to Netflix’s $8.99 basic monthly package ($15.99 for the premium version), however, Netflix boasts a library size of between 5000 and 6000 titles, depending on the region that you live in.

If you are a Sky Q user, you can simply integrate Disney+ with your existing Sky Q account. The main convenience of this, is that your Disney+ subscription will just be added to your Sky bill. 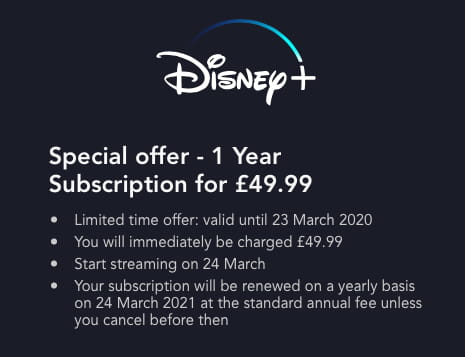 How to Get a Free Year of Disney+?

It is possible to get a free year of Disney+ if you subscribe to one of Verizon’s unlimited wireless 4G or 5G plans. This deal is also an option for new customers of Verizon’s Fios internet services.

If after reading all this, you are interested in signing up for Disney+, you can do so via their website here or you can download the app for your chosen device here. Happy streaming!

Check out other apps and services to watch movies and series online.

Image Credit: Disney+
Related
This document, titled « How To Get Started With Disney+ », is available under the Creative Commons license. Any copy, reuse, or modification of the content should be sufficiently credited to CCM (ccm.net).