Telnet is a protocol used for emulating a remote terminal. Telnet tool is an implementation of the Telnet protocol, which means that it translates the protocol specifications into a programming language to create a program that can emulate a terminal. It operates in a client/server environment, meaning that the remote machine is configured as a server, and consequently waits for the client to request a service from it. Therefore, since it is sending data to be displayed, the user feels like he/she is working directly on the remote machine. In UNIX, the service is provided by what is called a daemon, a small task that runs in the background. The Telnet daemon is called Telnetd. 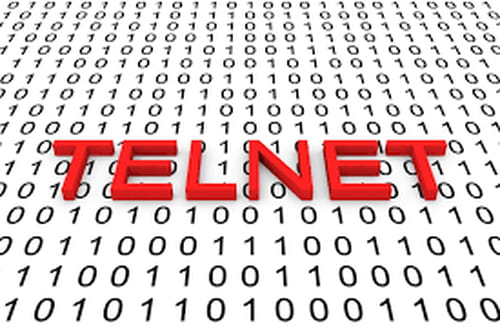 Telnet is a protocol: a set of rules and procedures which have been defined in order to standardize Telnet communication. For this reason, Telnet tool has been implemented across numerous platforms, based on the specifications of this protocol.

Telnet can be used in UNIX, Windows and Linux.

The command to initiate a Telnet session is usually:

server_name represents the name or IP address of the remote machine that the user wants to connect to. You can also give its IP address, for example:

Finally, you can also specify the port number after the IP address or server name:

Once you are connected to the remote machine, for security reasons, you will be asked to provide a login and password to keep access restricted to authorized individuals only. Indeed, the reason Telnet is such a powerful protocol is that it allows commands to be run remotely. The commands that can be run in a Telnet session are defined by the network administrator. They tend to be UNIX commands, as most Telnet servers run UNIX. The standard commands are:

Related
This document, titled « Telnet tool: definition, how it works and principal commands », is available under the Creative Commons license. Any copy, reuse, or modification of the content should be sufficiently credited to CCM (ccm.net).
Previous