A great way to improve, personalise and add style to your home videos!

iMovie HD is software that helps non-professionals to transform their videos into Hollywood-quality clips. There is a possibility to edit your videos at resolutions up to 4K from your Mac, iPhone, or iPad and export the final clip to share it with friends. 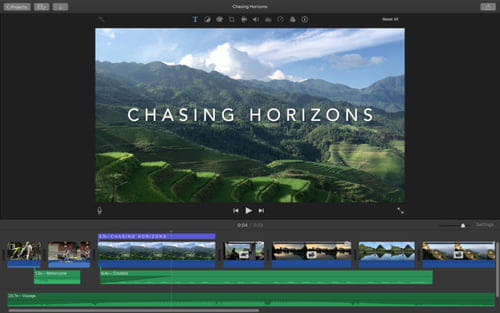 How Does iMovie Work?

Immediately after users import their videos, iMovie organizes them by Events. Next, users are able to drag and drop various clips into the order they would like them to appear in their videos, adding titles, transitions, and background music, along the way.

Yes, the app is completely free of charge and comes pre-installed on all Apple devices.

iMovie is also available for iOS and iPadOS 14.0 and later devices. For Windows computers, you can use Movie Maker.