Bitdefender is one of the best antivirus software out there - you can test this version for free before getting the paid one.

Bitdefender Antivirus Free is a virus detection app that was developed by Bitdefender. The app aims to offer users a powerful solution, as it uses in-the-cloud scanning technology and that is also light on battery. In this article, we discuss some of the app’s key features, as well as some additional information. 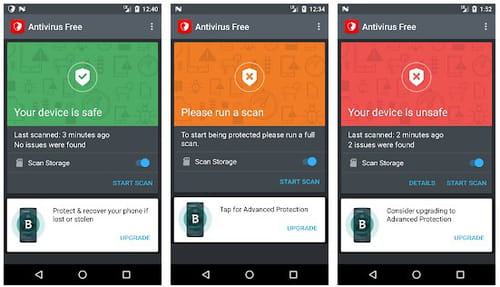 Here are some of Bitdefender Antivirus Free’s (for Android) main features:

It seems that the app has no history of security issues or abusive data collecting. As always, we recommend reading the official Privacy policy before installing. In general, Bitdefender has a very good reputation in the domain.

You can download and use this app for free. There is also a paid version called Bitdefender Mobile Security & Antivirus that is available for Apple devices.

In order to run Bitdefender Antivirus on your device, you need Android 5.0 and up. You can also find a desktop version.
Images: Google Play