Although frequently depicted as monotonous and rigid, robots are often some of the most celebrated and charming characters in films. Some are friendly, evil, smart, dumb or funny it all depends on their relationship with humankind and their special missions. It is our ever-changing understanding of artificial intelligence that influences what we see on the silver screen that creates and captivates our attention. Read ahead to find out our selection of the most famous and celebrated robots on the big screen. 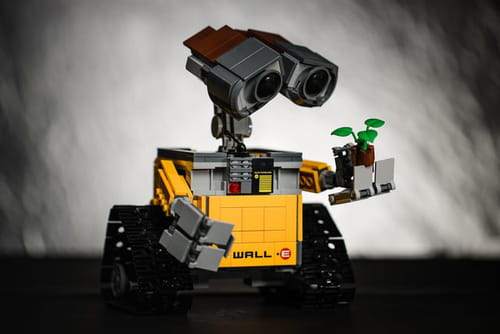 Arnold Schwarzenegger was on hand to aptly depict this big, indestructible robot in The Terminator (1984) and Terminator 2: Judgement Day (1991). Sent back from 2029 disguised as a human, The Terminator sets out to kill Sarah Connor, the mother of the former future leader of the Human Resistance in the war against Skynet. With some undying catchphrases to boot (I’ll be back; Hasta la vista, baby), The Terminator was meant to stay in sci-fi folklore with the use of Schwarzenegger’s imposing figure and fearless expression.

A softer and caring portrayal of artificial intelligence and what it can do to aid humanity. Samantha is an operating system, never to be seen and only heard, and is played by the seductive voice of Scarlet Johansson. She comforts a lonely and lost Theodore (Joaquin Phoenix) who is going through a harsh divorce. “It’s not just an operating system, it’s a consciousness,” as stated in the ad that Theodore finds, and he soon learns that he is able to form an emotional connection with this invisible robot, and ultimately, fall in love.

Wall-E is a tale that has all the hallmarks of a great Pixar film: humour, tears, and a loveable protagonist. Set in a distant future that is becoming increasingly more likely, humankind has deserted Earth having made it uninhabitable with trash, and are moving across space in massive spaceships. Wall-E is a worn-out robot who has been left on the planet to clean up what has been left behind, but such is the extent of the mess, it is an endless mission. When he is joined by the sleek EVE, a reconnaissance robot who has been sent to prove life on Earth is sustainable, Wall-E falls in love and follows her across the galaxy.

Hal 9000 appears in Stanley Kubrick’s masterpiece 2001: A Space Odyssey released in 1968. He’s an operating system aboard the Discovery One spacecraft flying to Jupiter. Having become self-aware, Hal 9000 has the capacity to feel, as well as interpret and reproduce the behaviour of others. When he feels threatened by the astronauts onboard the spacecraft, David Bowman and Frank Poole, he sets out to do what he has to in order to survive and become what we all fear, the ultimate master over humankind.

Set in a futuristic and lawless Detroit where criminality is rampant, Robocop is employed to clean the streets of all crime. In the film, released in 1987, the city’s police force has been privatised and is intended to become an all-robotic entity. Alex Murphy is a police officer recently killed by a street gang whose body is incorporated within this law-enforcing cyborg that is roaming the streets of the Motor City. Although good for combating crime, its sentient past reveals and stirs up emotions that this robot has to confront.

While the popularity of Star Wars characters often varies amongst fans, R2D2 and C3PO are widely loved due to their harmless and charming nature. Much like Wall-E, R2D2 is seen as a vulnerable and childlike robot as opposed to the dominant figures on the other end of the AI spectrum. While R2D2 typically takes most of the glory, it is the task of C3PO to allow us to understand what the former is trying to express making the duo some of the most celebrated robots in film history.

Find these movies in the streaming platforms free for download

Related
This document, titled « Most Famous Robots in Films », is available under the Creative Commons license. Any copy, reuse, or modification of the content should be sufficiently credited to CCM (ccm.net).
Previous

Formatting articles of the knowledge base