In our regular rubric Internet Archaeology we talk about various web standards, icons, terms and concepts: how they appeared and took their place firmly in the web culture. Read this article to find out how the word “blog” became widespread and where is it coming from. 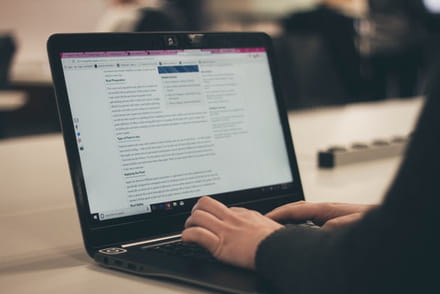 How the Word "Blog" First Appeared

Blogs, as we know them today, have quite a long history. First, resources with personal thoughts and newsfeed in reverse chronological order appeared in the early Usenet and the .PLAN extension from Unix operating system. The modern form of blogging then came up in 1994 when Swarthmore College student Justin Hall created http://www.links.net/ website to share interesting links he found on the web.

There were other proto-bloggers that can be named the ancestors of modern blogging: for example, Dave Winer Scripting News and Jorn Barger (“Robot Wisdom”), who first used the word “weblog”, or the founders of the Wearable Wireless Webcam blog, the prototype of the modern video blog.

«Winer called them 'news pages,' but I didn't plan to do mainly news, but rather anything I found that I thought was worth reading or visiting», Barger said. «So at the last minute I needed to come up with a title, and I used AltaVista to see whether various possibilities were already taken (with 'log' being the critical descriptive term). 'Weblog' was being used as a synonym for 'server log' or 'html log' by site administrators, but since they had the other options I grabbed the more general one», tells Barger about the invention of the term.

In 1999 Peter Merholtz of Peterme.com split the word “weblog” into the phrase “we blog”. Then, the future co-founder of Twitter Evan Williams, at this time working at Pyra Labs, started using the word “blog” as a noun and a verb. Today this is a very common word even for previous generations, and the number of blogs worldwide is estimated at thousands of millions.

Related
This document, titled « How the Word "Blog" First Appeared », is available under the Creative Commons license. Any copy, reuse, or modification of the content should be sufficiently credited to CCM (ccm.net).
Previous

History Of The First Email