One of the most unpleasant Internet signs, after, of course, the Error 404, is the icon of a broken image meaning that the picture you are supposed to see is not going to appear. In this article, we dig into the history of this graphical sign that is now well engraved in our visual memory. 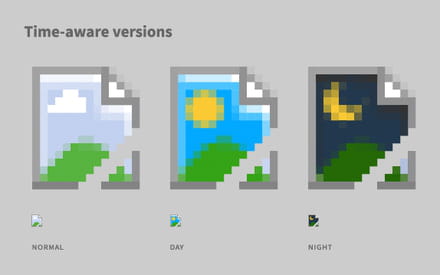 What Is the Story Behind the Broken Image Icon?

Nowadays, we often don't even notice some of the elements we see on the Internet, but each one of them has a story behind it, like a work of art, a novel or musical composition: someone used the imagination and created it. The broken image icon appears when the image is not loading by the web browser. Sometimes it happens due to a slow Internet connection or the image is just too heavy. Anyway, let’s agree that the classic symbol – a piece of paper with a torn picture and a bent corner – is a genius association to a broken image.

Graphic designer Marsh Chamberlin created the prototype of this symbol for Netscape 0.91 web browser in the ’90s. He depicted a green circle, a red triangle and a blue square on a leaf; the top right corner is bent and the bottom corner is torn off. A rather creative association. Later, it changed its appearance to a more common icon: a simple pixelated image with bent and torn off corners.

«Before the first version of Netscape, there wasn't a specific icon that meant "broken image", but there were placeholder images used for missing images in the product. Marsh actually produced icons for a broken image, missing image (two different things), and also the icons for the individual file types that might show up in a file listing»,– said Hagan Rivers, former UI designer at Netscape for versions 0.n - 4.n on Quora.

However, nowadays web designers and developers are moving towards easier icons, such as a simple question mark in Safari browser or just a red cross in Internet Explorer.

Related
This document, titled « Broken Image Icon: Where Does It Come From? », is available under the Creative Commons license. Any copy, reuse, or modification of the content should be sufficiently credited to CCM (ccm.net).
Next