If you’ve been on the Internet these last ten years, chances are you are familiar with the concept of Internet memes and you may even have favorite memes or type of memes. But this phenomenon appeared long before the 2010s and can be tracked down to the 3rd century B.C. In this article, we discuss the history of memes and their evolution, so if you want to find out how it all started, then keep reading. 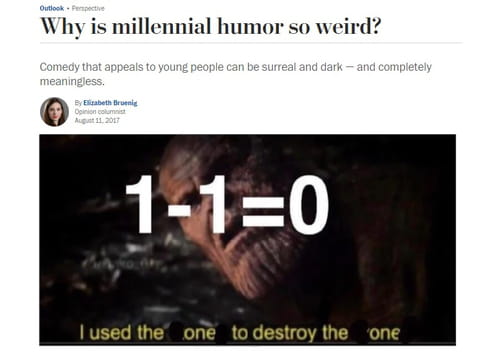 The word “meme” (/miːm/) comes from the ancient Greek word “mīmēma” which means “that is limited”. In 1976, biologist Richard Dawkins used for the first time in his book The Selfish Gene “mimeme” (later shortened to “meme”) and linked it to “gene” to describe how ideas, cultures, and customs replicate themselves and are transmitted from person to person. In other words, a meme is a unit of cultural ideas that travels through writing, speech, gestures, rituals, or any other mimicking technique. We will see later in this article how this relates to memes, as we know them today.

One of the first known memes up to date is a mosaic that dates from the 3rd century B.C. It represents a skeleton that chills with a cup of wine. There is an inscription on the mosaic that says “Be cheerful, live your life” (which is basically YOLO, isn’t it?). 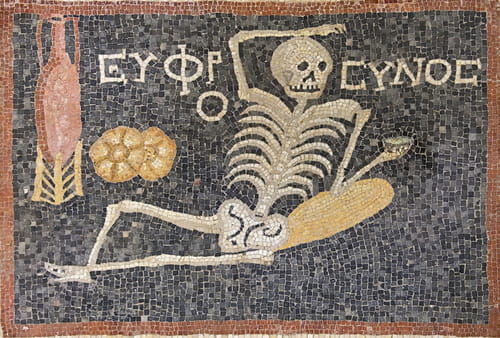 More recent examples from the 20th century are “Kilroy was here” and “Frodo lives”. The first one was graffiti, widely spread by American soldiers on both sides of the Atlantic Ocean during WWII and its origins are still debated. The latter one was transmitted mostly under the form of stickers and graffiti and was frequently used as a metaphor for the ordinary person that works and takes risks for The Man.

Another example, this time from the 1990s, is Godwin’s law that originated in a new group discussion. It states that “As a [Usenet] discussion grows longer, the probability of a comparison involving Nazis or Hitler approaches one.” - thus, mentioning one of the two options makes a person lose all credibility in their arguments. 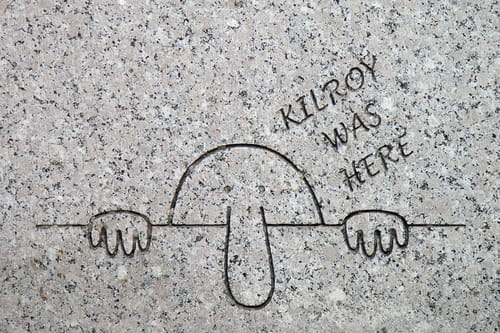 Internet memes, however, are a more modern form of memes. They can be described as a visual presentation of an idea, behavior, or style with a humorous purpose that is often transmitted from one person to another (or to a group of people) on social media - this is quite similar to Dawkin’s definition. Dr. Heidi E. Huntington from the Colorado State University defines memes as a form of visual rhetoric, “a form of representational discourse that subverts dominant media messages to create new meaning”. Modern-day memes often use figures such as irony that may sometimes result in absurdism - this is a common theme in postmodernism.

Internet memes are quickly transmitted and can gain popularity in a matter of hours, especially thanks to platforms such as 9GAG, 4chan, and reddit. Their most common form is of an image with inscriptions at the top and at the bottom, the bottom one often having a twist to the top one. 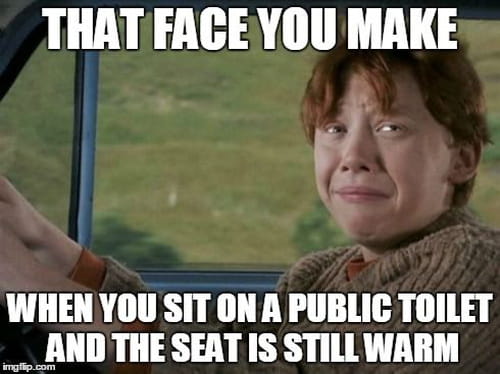 Let’s have a look at the first Internet memes.

In 1996, graphic designer Michael Girard created a software that aimed to program movements and created a dancing baby to illustrate the software’s potential. However, the animation became so viral that it ended in an episode of Ally McBeal.

In the early 2010s a form of cartoon strips with premade faces, drawn in Microsoft Paint became famous: the rage comics. They share some characteristics with the Internet memes, such as the way of transmission, as well as the use of irony and humor, and have given birth to some Internet memes. One of the most famous faces in rage comics is the Trollface. The origin of rage comics is attributed to 4chan (2008). 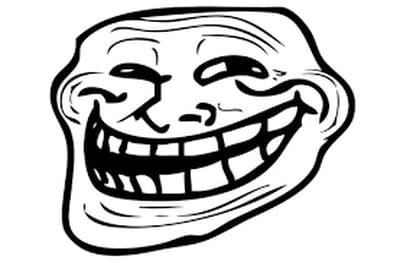 Dank memes are a form of memes where humor is overdone to the point that it may seem nonsensical. According to Urban dictionary, they “contain intentionally added visual artifacts. e.g. excessively poor image quality, color bleeding or extremely saturated and modulated colors.”

Nowadays, other forms of memes have become famous. Here are some of them: 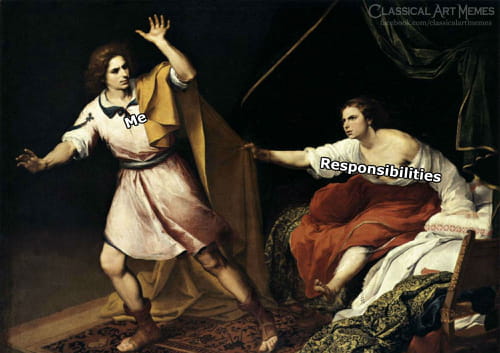 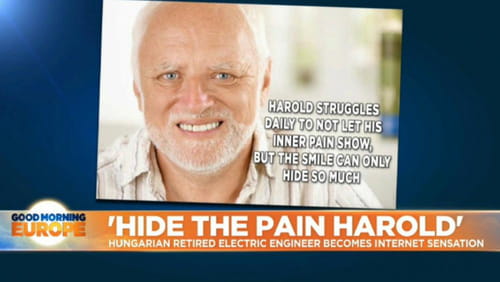 Memes are known for gaining popularity extremely fast but also for dying just as quickly. This is due to how the Internet and the famous meme platforms work, but also to the nature of memes, attention-craving and great concurrence playing huge roles. Their characteristics and behavior have been an object to a study.

Memes often reflect personal struggles but also political, historical, social, and religious themes and are greatly influenced by the generation that creates them. 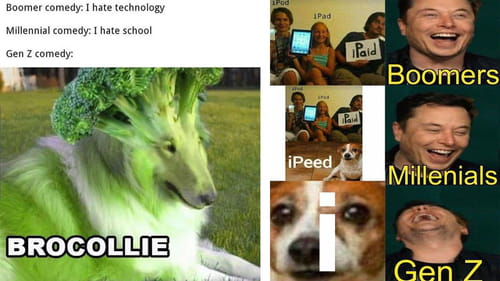 Related
This document, titled « The History of Memes », is available under the Creative Commons license. Any copy, reuse, or modification of the content should be sufficiently credited to CCM (ccm.net).
Previous

How Can Tech Companies Prevent Earthquakes and Other Natural Dis

How Can Tech Companies Prevent Earthquakes and Other Natural Dis
What Was the First Tweet Ever?