When it comes to technology, there are different ways to establish physical connection with different devices. This article discusses the types of cables and connectors that are commonly used. 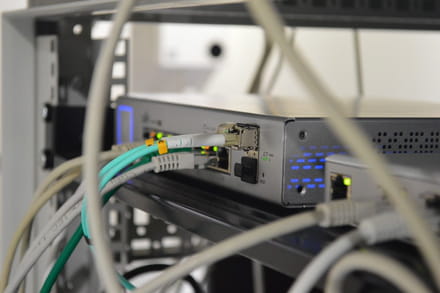 In information science, connectors, normally called input-output connectors (or I/O for short), are interfaces for linking devices by using cables. They generally have a male end with pins protruding from it. This male plug connector is meant to be inserted into a female part (a female plug connector, also called a socket), that includes holes for accommodating the pins. However, there are hermaphroditic plugs which can act as either male or female plugs, and can be inserted into either one.

The pins and holes in connectors are usually linked to the electric wires that form the cable. The pin layout describes which pins couple with which wires.

Each numbered pin generally corresponds to a wire within the cable, but sometimes one of the pins is left unused. Additionally, in some cases, two pins may be linked to one another - this is called a bridge.

The computer's motherboard has a certain number of input/output connectors located on the rear panel.

Most motherboards have the following connectors:

Related
This document, titled « Cables and Connectors », is available under the Creative Commons license. Any copy, reuse, or modification of the content should be sufficiently credited to CCM (ccm.net).
Previous