This is a great app that helps you to sing along to your favorite songs, even if you don't know the lyrics.

ALSong Music Player & Lyrics is a music player that plays a song and displays its lyrics in real time. 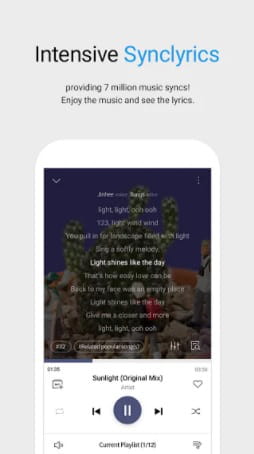 With ALSong Music Player & Lyrics, you can run a second app in the same time and still see the lyrics. This is also possible on the lock screen.