AmpliTube is an amplifier modeling program for guitar and for audio files. It contains a compendium of impressive effects and simulations to adjust guitar and bass tones. 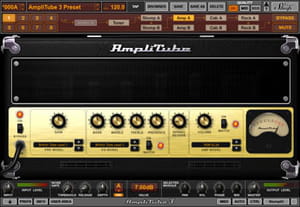