FuboTV is a nice service to bring all your favorite channels in one place. Keep in mind that if you don't want to continue after the trial version expires, you will have to cancel your subscription within 24h.

fuboTV is a streaming service that focuses majorly on sports and offers access to over 100 live sports and news channels. It was launched in 2015 and it is supported on Android and Apple devices. Currently, the fuboTV app has over one million installs on Android. In this article, we discuss some of the app’s main features, as well as some additional information. 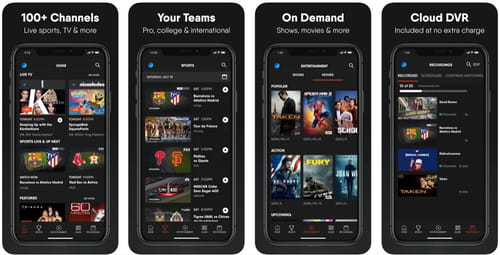 How Does fuboTV Work?

First, you have to create your fuboTV account on the official website. Next, you can download the app on your smartphone or, if you want to stream fuboTV on another device, you may want to check the settings tutorials on the
official fuboTV YouTube Channel. Before subscribing to the service, we recommend making sure that it is supported on your device.

It seems that the service has no history of major security issues. Keep in mind that if you are not satisfied with your fuboTV experience from the trial period, you have 24h to cancel it before you get charged.

This is a free trial version. After its expiration, if you don’t cancel the subscription within 24h, you will be charged its monthly price of $64.99 a month.

In order to run fuboTV on your device, you need Android 5.0 and up for your smartphone, or, for the Apple version, iOS/iPadOS 10.0 and later, tvOS 13.0 and later, or macOS 11 or later and a Mac with Apple M1 chip.
Images: Apple store