League of Legends for PC

You've probably heard of it even if you haven't played it. It's no coincidence: League of Legends has a legendary status in the video game industry.

League of Legends, better known by its acronym LoL, is one of the pioneers and main titles in the MOBA (Multiplayer Online Battle Arena) genre. Furthermore, it has been among the most popular games in the growing industry of esports for many consecutive years. The main reason for its huge success is its fun and addictive gameplay elements, combining strategy and role-playing elements in a perfect way. This is our League of Legends download page. 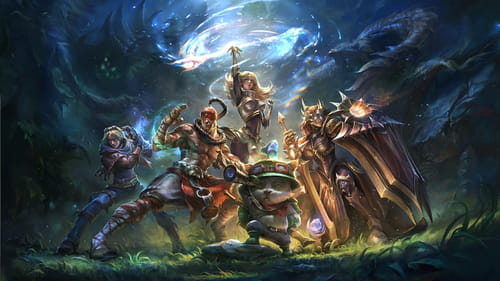 Runeterra is the world where the League of Legends story takes place. Its origins date back to about 10,000 years ago, many important events have taken place in Runeterra, some of them twining together. Many of the storylines in the history of Runeterra revolve around disagreement, conflict and alliances between Runeterra and other countries in the universe. The key locations in Runeterra are Noxus and Demacia, both of which are located in the continent of Valoran. 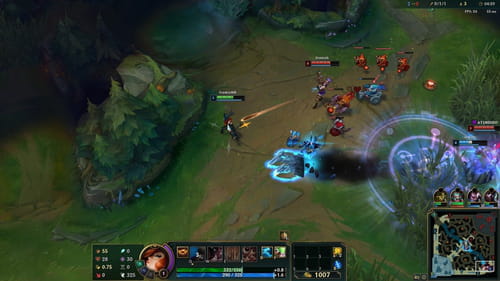 The visual possibilities of League of Legends are practically infinite, as many parameters are customizable through the settings menu. It is worth mentioning that Riot Games constantly releases software updates that bring improved character designs, more detailed levels, etc. League of Legends does not require a high amount of (graphical) resources, so the game is also playable on computers with modest hardware specs.

League of Legends features a number of permanent and temporary game modes. The game's flagship mode is called Summoner's Rift. This mode is designed around a ranked competitive ladder, in which players earn a skill level determined by a matchmaking system. In total there are nine different tiers, Iron being the lowest level, while Challenger is the highest possible of all levels.

ARAM (All Random, All Mid) is the second permanent game mode in LoL. It is a 5-versus-5 mode that takes place in a map called Howling Abyss. In this mode all players randomly pick a champion, meaning it is not supported by matchmaking. ARAM battles are limited to the middle lane. Thus, it is not possible to reach the top and middle lanes or the jungle.

The third and last game mode is Teamfight Tactics. In Teamfight Tactics, players have to assemble an army from a shared pool of heroes. Multiple battle rounds take place in the search to become the last player standing.

League of Legends has been classified with the PEGI 12 label. Users can interact with other LoL players in an online environment. It does not contain scenes of explicit violence, but the game does involve fighting scenes between fantasy characters.

LoL is also playable on macOS.