In many ways, superhero comics are living in a golden age. Whether as games, films, tv series or on-demand on streaming platforms, these superhero adventures are ever present in our lives and include everyone from the famous Marvel characters, to the more independent Dark Horse label. If you’re a fan of superheroes (and realistically, who isn’t?!), then check out our list below of the best superhero series available on streaming platforms. 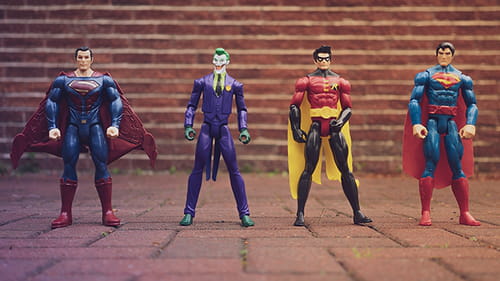 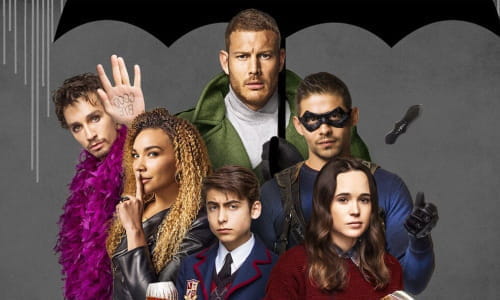 Seven siblings form the dysfunctional family of superheroes, known as The Umbrella Academy. After many years of separation due to family problems, the mysterious death of their adoptive father reunites them again and together they must try to prevent an apocalypse that will end all humanity. During the course of the series, more and more of the disturbing reasons for the apocalypse are revealed.

The series is based on the comic version by author Gerard Way and illustrated by Gabriel Bá, published by Dark Horse. The publisher is also well known for titles such as The Mask, Hellboy and Sin City. The superheroes in The Umbrella Academy are played by Hollywood stars including Ellen Page, Tom Hopper and Mary J. Blige. 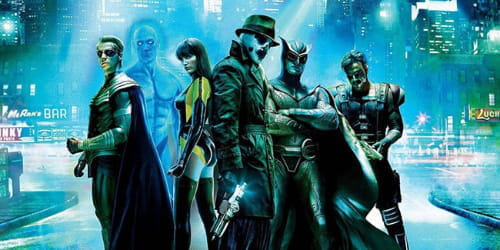 Watchmen, the brainchild of Alan Moore and Dave Gibbon, is considered a masterpiece in the comic book world and was the only comic featured on Time Magazine’s list of the 100 best English language novels. The comic book series edited by DC Comics, tells of an alternative past where superheroes fought in the cold war between the Soviet Union and the US and helped the American Government to establish a position of power in the world. However, not long after, they feel betrayed by the Government. The tv series from HBO does the original absolute justice.

Both the comic book and the television series address very real ethical and political problems from the perspective of science fiction. 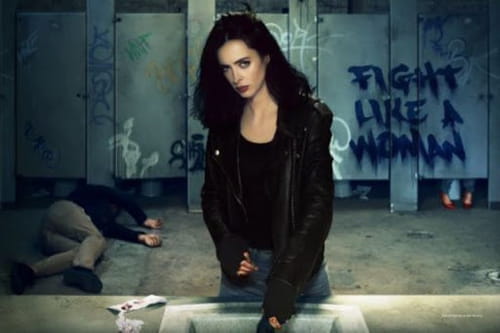 Jessica Jones is one of Marvel’s heroines, a woman with natural strength who combats her way through the streets of New York as a private detective. She smokes, swears and drinks herself regularly into stupors making her an easy target for her nemesis, a villain capable of controlling her mind. Jones is played by Krysten Ritter, who nails the tortured personality of the protagonist.

During the series, you also see other Marvel heroes come and go including Luke Cage, who not only has his own series, but also Jessica’s heart. 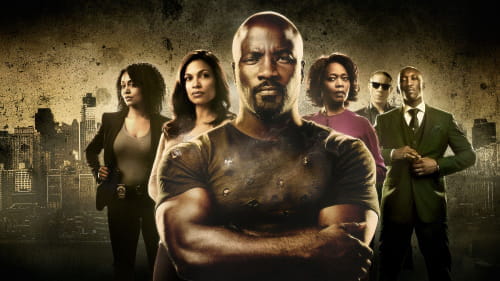 The Luke Cage series has its own style and rhythm, calmer and more elegant than the former, but obviously also features Jessica Jones. As a nice bonus, Oscar winner Mahershala Ali (Moonlight, The Green Book) plays the villain.

Both series were cancelled by Netflix after just a couple of seasons but recently, they’ve been living a revival on Disney+. 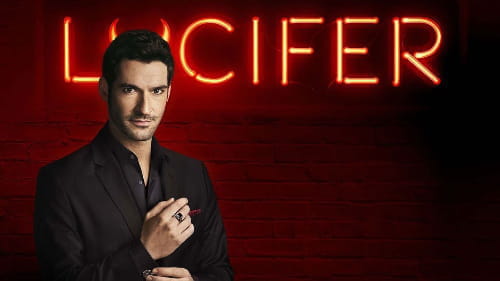 Lucifer, based on the comic by Mike Carey and inspired by Sandman, is one of the most famous titles from Vertigo, DC Comics’ adult label. The series features the adventures of Lucifer Morningstar, the Devil (Tom Ellis) who leaves hell to live in Los Angeles where he runs a nightclub and collaborates with the LAPD. The screenplay is similar to that of Californication which is no surprise, as Tom Kapinos is the author behind both. Unfortunately after 3 series at Fox and 2 on Netflix, the future of the series is as of yet, unknown. 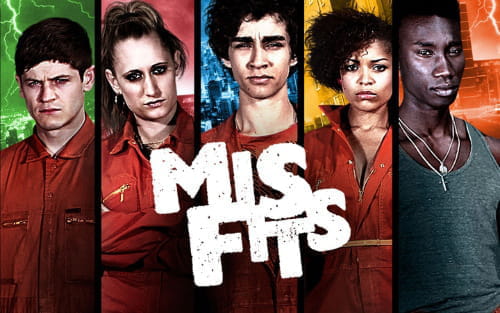 Misfits is our only inclusion on the list neither based on a comic nor produced in the USA. This brilliant British series broadcast between 2009 and 2013, tells the tale of a group of young offenders sentenced to community service who are struck by lightning during a storm, resulting in them gaining super powers. However these powers prove to be more of a curse than a blessing and the Misfits go through numerous challenges and adventures in order to help many people.

Misfits is a fresh series full of dark humour. It has also acted as a springboard for some actors to launch their international careers, notably Iwan Rheon who became famous for playing Ramsay Bolton on Game of Thrones.

Related
This document, titled « The Best Superhero Series Available on Streaming Platforms », is available under the Creative Commons license. Any copy, reuse, or modification of the content should be sufficiently credited to CCM (ccm.net).
Previous