It's always interesting, funny, and curious to find out where this or that service that we use every day and take for granted came from. In this article, we dig into the history of Twitter and look for the very first tweet ever. Even though it might seem obvious, there is a little detail – the first tweet appeared long before the well-known service was created. Read on to find out the details. 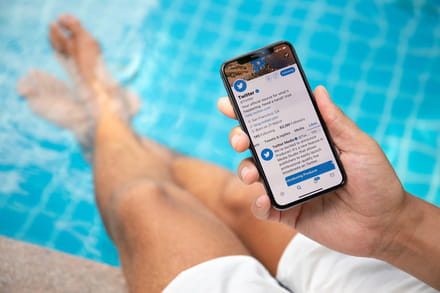 The concept of creating a social network for microblogging belongs to four Twitter co-founders Jack Dorsey, Evan Williams, Noah Glass, and Biz Stone. In 2006 Dorsey met Williams and Glass to discuss the idea of the internet service for communicating with friends with short messages, like SMS. The service was supposed to be called Stat.us, but after some time, Dorsey found a better word – Twitter. It means “a short burst of inconsequential information, and chirps from birds”,– which is an almost literal description of the service’s intention, as well as the famous bluebird on the logo. Unfortunately, the domain twitter.com was already taken, so for some time, Twitter appeared to be an abbreviation – twttr. However, the founders bought the Twitter domain later.

Dorsey himself probably had no idea that his innocent tweet would become historic. On the 21st of March, 2006 he wrote: “Just setting up my twttr".

However, Dorsey himself claims that the real first tweet was written long before he launched the service:

"When I was young, I was obsessed with maps. When I was 14 years old, I learned to write code to create programs for courier services. In 2001, while working for one of these services, I realized that I had a complete picture of what was going on with the shipments in the city. But that picture lacked people, so I created a program for my BlackBerry that mailed messages to all my friends. When I got to Golden Gate Park, I sent a message saying, "I'm at the Bison Paddock watching the bison." In fact, it was the first tweet I ever sent - five years before Twitter was created. No one saw it right away, though, and when the message was seen, everyone responded with a misunderstanding - why write what I was doing the moment I did it?", told Dorsey.

So, Twitter started with a funny phrase and some animals, it is exactly how the first YouTube video looked like. Now, Twitter has more than 300 million users from all around the world, and the service remains one of the main news platforms.

Related
This document, titled « What Was the First Tweet Ever? », is available under the Creative Commons license. Any copy, reuse, or modification of the content should be sufficiently credited to CCM (ccm.net).
Previous

The History of Memes