Before the globalization of wireless networks, the majority of people in the world, who didn’t have lines (cable or Ethernet) linked directly to the Internet, had to use telephone lines, the most widely used network back in the day, to connect to the Internet. But how does it work? This connection is made using a modem, a device capable of converting digital data from the computer into analog signals and that can circulate on telephone lines by amplitude or frequency modulation, in the same way as voice when you use the telephone. Considering that only two computers are communicating and the speed of a telephone line is slow in comparison to that of a local network, it is necessary to use a protocol enabling standard communication between the different machines using a modem. It is also important not to overload the telephone line. These protocols are called modem protocols. 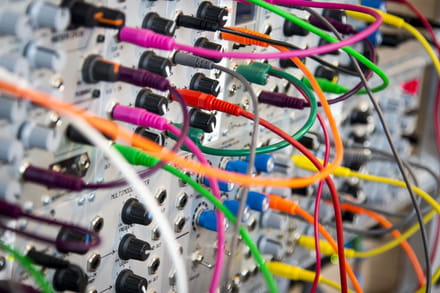 The Concept of a Point-to-Point Link

Via a standard telephone line, a maximum of two computers can communicate using a modem, in the same way that it is impossible to call two people simultaneously using the same telephone line. This is, thus, called a point to point link, meaning a link between two machines reduced to its most simple expression. In this exchange, there is no need to share the line between several machines as each one speaks and responds in turn:

As such, many modem protocols have been developed. The first of them allowed for a single transmission of data between two machines, then some of them were equipped with error control. With the growth of the Internet, many were equipped with the ability to address machines. As a result, there are now two main modem protocols: SLIP, an old protocol that is low in controls; and PPP, the most widely used protocol for accessing the Internet via a modem and that authorizes addressing machines.

SLIP means Serial Line Internet Protocol. SLIP is the result of the integration of modem protocols prior to the suite of TCP/IP protocols. It is a simple Internet link protocol conducting neither address nor error control, which is the reason why it became quickly obsolete in comparison to PPP.

Data transmission with SLIP is very simple: this protocol sends a frame composed only of data to be sent followed by an end of transmission character (i.e. the END character, the ASCII code 192). A SLIP frame looks like this:

What is “PPP Protocol”? PPP means Point to Point Protocol. Advantages of “PPP Protocol” include that it is a much more developed protocol than SLIP, as it can transfer additional data and is better suited to data transmission over the Internet. (The addition of data in a frame is mainly due to the increase in bandwidth).

In reality, PPP is a collection of three protocols:

Data encapsulated in a PPP frame is called a packet. These packets are generally datagrams, but they can also be different (hence the specific designation of packet instead of datagram). As such, one field of the frame is reserved for the type of protocol to which the packet belongs. A PPP frame looks like this:

The padding data is used to adapt the length of the frame for certain protocols.

Related
This document, titled « PPP and SLIP Protocols », is available under the Creative Commons license. Any copy, reuse, or modification of the content should be sufficiently credited to CCM (ccm.net).
Previous