Bluetooth is today one of the most well known wireless technologies. It is used for data transmission between devices over short distances. This technology uses UHF radio waves from 2.402 GHz to 2.480 GHz. Bluetooth was introduced on May 7th,1989. The present article discusses how it works, its principales, as well as how the connection is established. 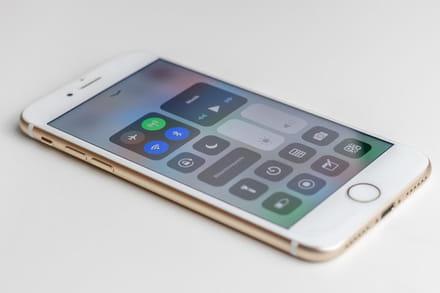 The Bluetooth standard, like WiFi, uses the FHSS technique (Frequency-Hopping Spread Spectrum), which involves splitting the frequency band of 2.402-2.480 GHz into 79 channels (called hops), each 1MHz wide. Then it transmits the signal using a sequence of channels known to both the sending and receiving stations.

Thus, by switching channels as often as 1600 times a second, the Bluetooth standard can avoid interference with other radio signals.

The Bluetooth standard is based upon a master/slave operational mode. The term piconet is used to refer to the network formed by one device and all devices found within its range. Up to 10 piconets can coexist within a single coverage area. A master can simultaneously connect to up to 7 active slave devices (255 when in parked mode). Devices in a piconet have a logical address of 3 bits, for a maximum of 8 devices. Devices in parked mode are synchronized, but do not have their own physical address in the piconet. 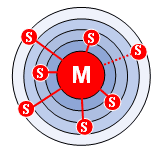 In reality, at a given moment, the master device can only be connected to a single slave at once. Therefore, it quickly switches between slaves in order to make it seem as if it is simultaneously connected to all the slave devices.

Bluetooth enables two piconets to be linked to one another in order to form a wider network, called a scatternet, using certain devices which act as a bridge between the two piconets.

Establishing a connection between two Bluetooth devices follows a relatively complicated procedure meant to ensure a certain amount of security, as follows:

During normal use, a device operates in passive mode, meaning that it is listening to the network.

Establishing a connection begins with a phase called inquiry, during which the master device sends an inquiry request to all devices found within its range, called access points. All devices that receive the query reply with their address. Then, the master device chooses an address and synchronizes with the access point using a technique called paging.This primarily involves synchronizing its clock and frequency with the access point.

After, a link with the access point is established, allowing the master device to enter an access point service discovery phase, using a protocol called Service Discovery Protocol (SDP).

At the end of this service discovery phase, the master device is ready to create a communication channel with the access point, using the protocol L2CAP.

Depending on the service's needs, an additional channel (called RFCOMM and operating over the L2CAP channel) may be established in order to provide a virtual serial port.

The access point may include a security mechanism called pairing that restricts the access to authorized users only, in order to give the piconet a certain measure of protection. Pairing is done with an encryption key commonly known as a PIN (Personal Information Number). To do so, the access point sends a pairing request to the master device. Most of the time, this may prompt the user to enter the access point's PIN. If the PIN received is correct, the connection is made.

In secure mode, the PIN will be sent encrypted, using a second key, in order to prevent the signal from being compromised.

When the pairing becomes active, the master device is free to use the communication channel thereby established.

Related
This document, titled « Bluetooth - How it works », is available under the Creative Commons license. Any copy, reuse, or modification of the content should be sufficiently credited to CCM (ccm.net).
Next