Download FastStone Capture (EN)
FastStone Capture is a screen capture software lightweight that can also capture a document scrolling in any application. Users can capture, for example, an entire web page in IE, Firefox or Opera, or a Word document, or even scrolling contents of a software. 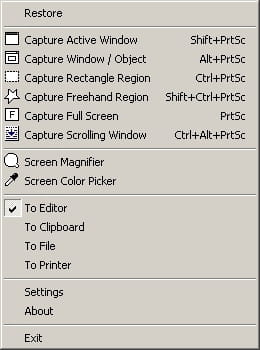 Alternative spelling: FSCaptureSetup84.exe
Latest update on May 25, 2016 at 05:31 AM.
its fantastic
it nice and ok
Nice
Main Points There are automation functions.
Weak Infos Only in English