a handy app to schedule your social media posts!

Buffer is a world-renowned application that allows you to program tweets and posts on other social networks conveniently, easily and quickly.

The Buffer app rivals other better-known options, such as TweetDeck as, it offers a wider repertoire of options when it comes to deciding what message is published on different networks, as well as the exact time at which it should be published. 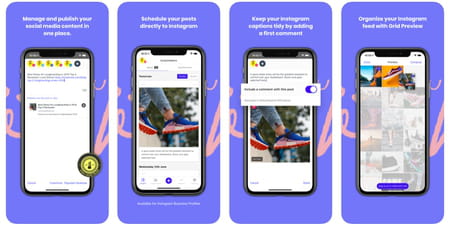 The free version of Buffer allows you to use up to three accounts on different social networks and to schedule up to 10 posts on each of them. With the premium version of Buffer ($14.99 per month), you can schedule up to 100 posts on 8 accounts simultaneously. Among the social networks compatible with this tool, these stand out: Instagram
Twitter
Facebook
Google Plus
LinkedIn
Pinterest