Goodreads is the largest community for literature reviews - share your passion for books with millions of other people and follow your favorite authors.

What is Goodreads? Goodreads is a social cataloging website and app that was found in 2006. It allows users to browse its database that includes books, comic books, as well as quotes, among others. In July 2019, Goodreads stated that it reached 90 million members and is today the largest community for literature reviews. It has its own annual award program called Goodreads Choice Award where users can vote for books nominated by Goodreads but also nominate books themselves. Since 2013, Goodreads’ owner is Amazon. 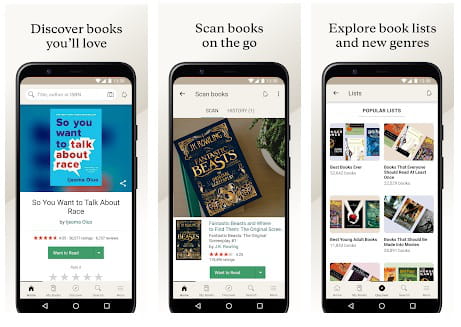 Some of the main features of Goodreads include:

You can download and use the Goodreads app for free. There is also a version for iPhone.

Because today Goodreads is a property of Amazon, users criticize the community’s monopoly for book reviewing, fearing that it might prevent similar platforms to emerge.
Images: Google Play