Apple’s Shortcut application is just crazy, simple to use, and really, really, I mean really powerful. From simple task automation to advanced configuration it offers a large panel of possibilities to make everything easier.

Do you want to take Shortcuts? If yes then you definitely have to try the Apple shortcuts application available on iPhone, iPad, and iPad Touch. The Shortcuts app is a productivity application that allows you to automate lots of tasks by building customized shortcuts with multiple steps. Come and start becoming more productive, less repetitive, and really more agile.. 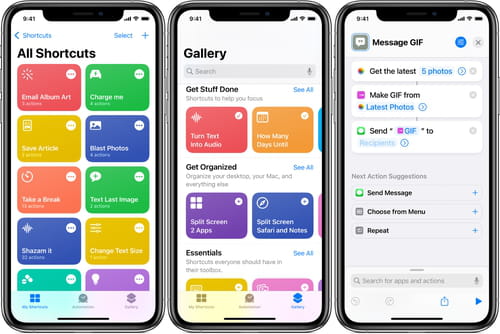 A shortcut is a simple and fast way to get things done on your smartphone with your applications. Basically, a shortcut is composed of a series of actions. Each action is a building block, a single and specific step in your shortcut action’s series. For example, the shortcut to ‘make an animated GIF from the web’ could be composed of the following actions: ‘Get all the images of a web page’, ‘Make GIF from images’, ‘’Send GIF to recipients”. Each action will call a specific application. 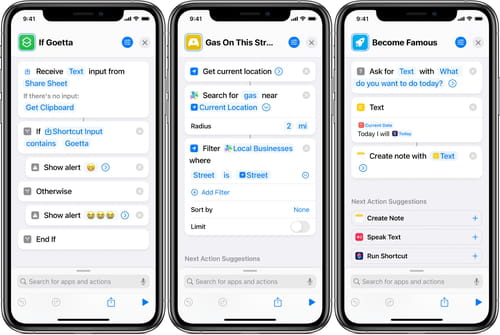 How to use Shortcuts on iPhone or other devices?

The Shortcut application is really simple to use, you can simply follow the following steps and let you guide by the affording interface :

Shortcuts is a completely free application.

Shortcuts if definitely safe. It seems that the app has no history of security issues or abusive data collecting. Because the application is developed by Apple, Apple's privacy policy is applied.

You can also try the workflow application.

The Shortcuts app is available on iPhone, iPad, and IPod Touch.